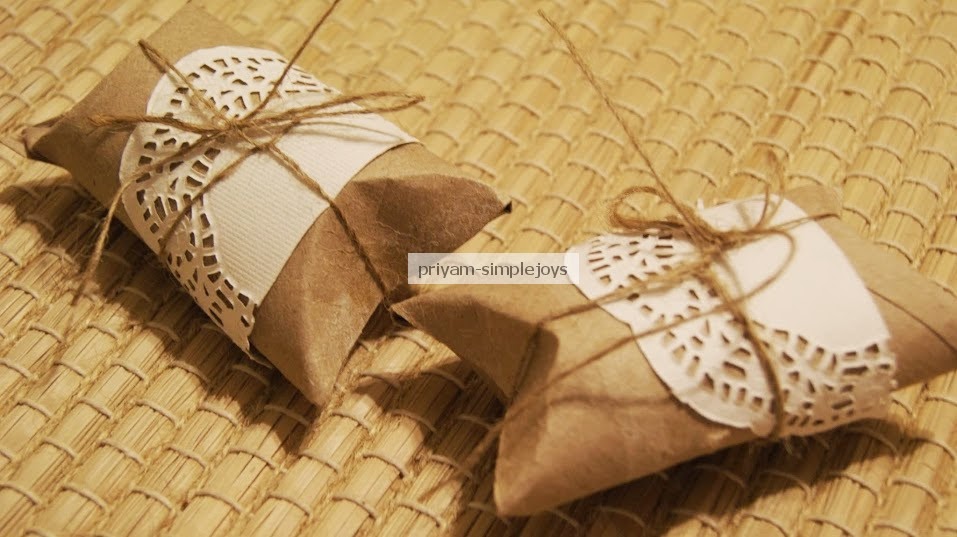 These turned out really nice and its great for little favors. Just fill it up with little favor items like, candies, tattoos, crayons, etc. 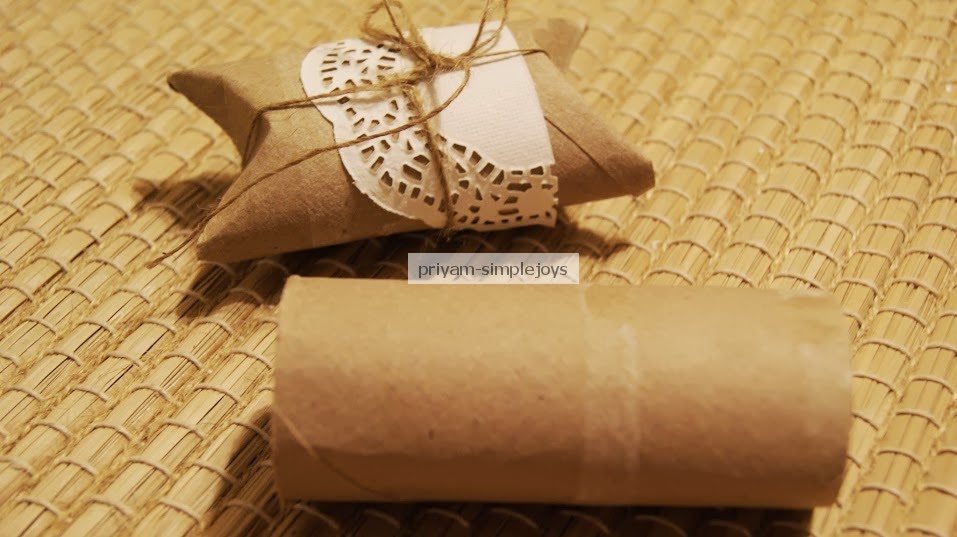 - At one end of the tube with your finger press the edge, so it makes a little dent, just like the picture below. 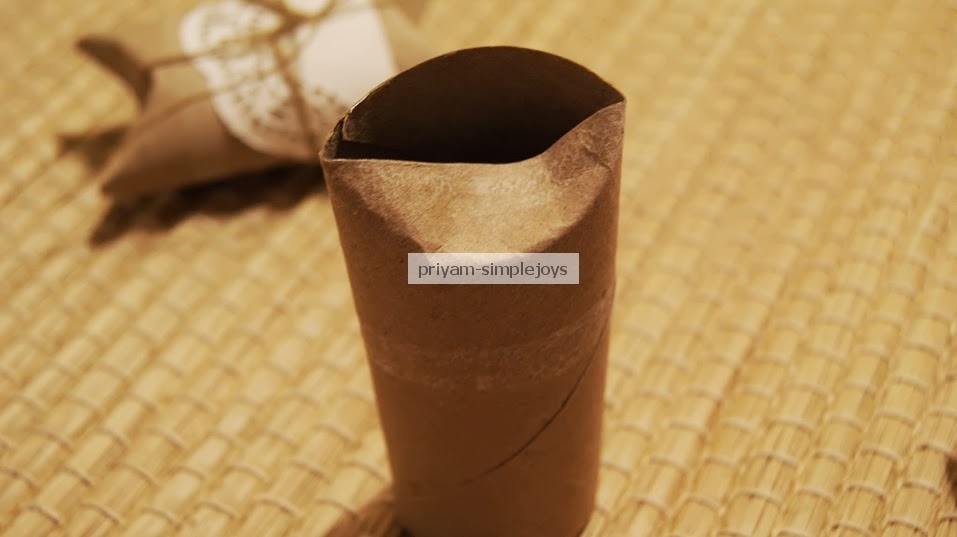 - And then close that end of the tube by making another dent just like the picture below. 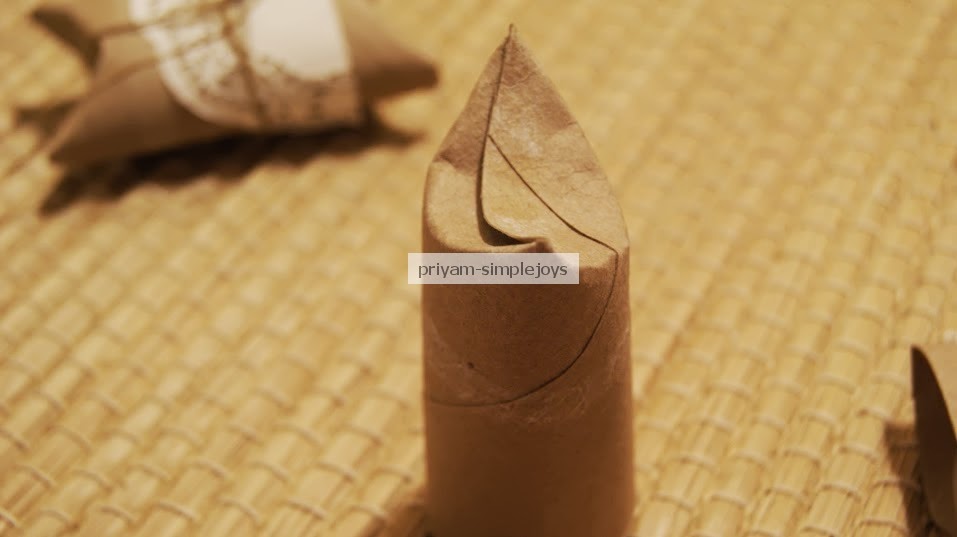 - Using the open end of the tube, fill it up with goodies and close that end too, just like you closed the other end by making two dents. 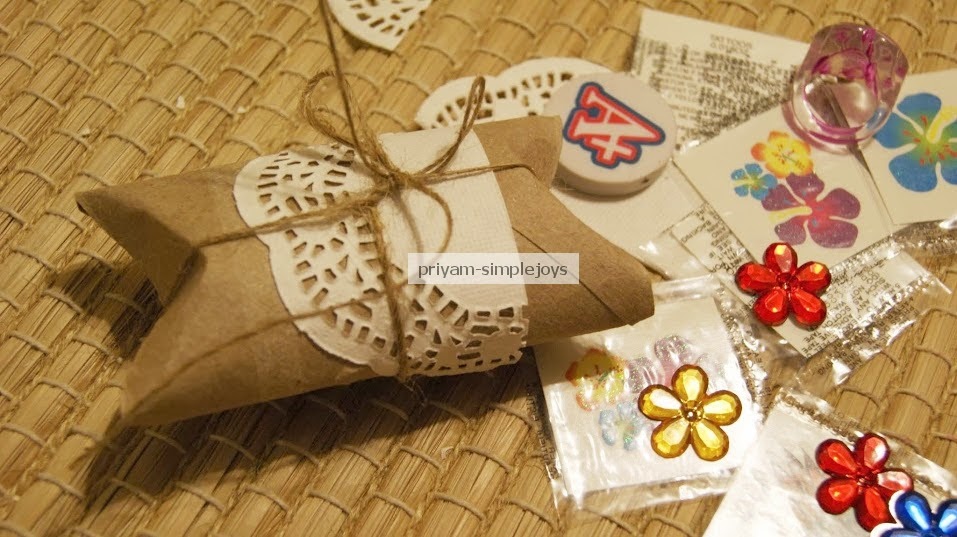 - That's it. Now its time to decorate your little packets. I decorated mine by placing half a dolly and tying a twine around it. You can use ribbons, flowers or whatever you like to make it pretty.. 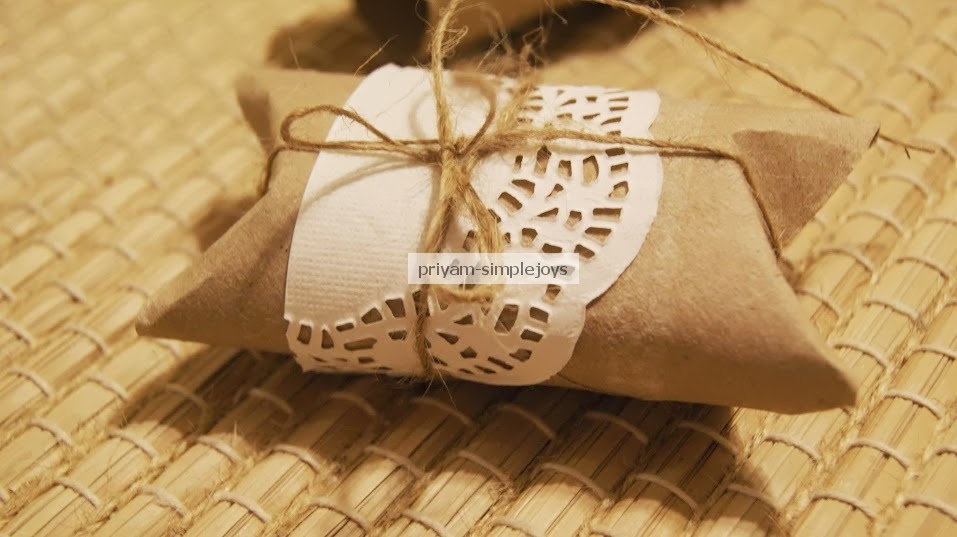 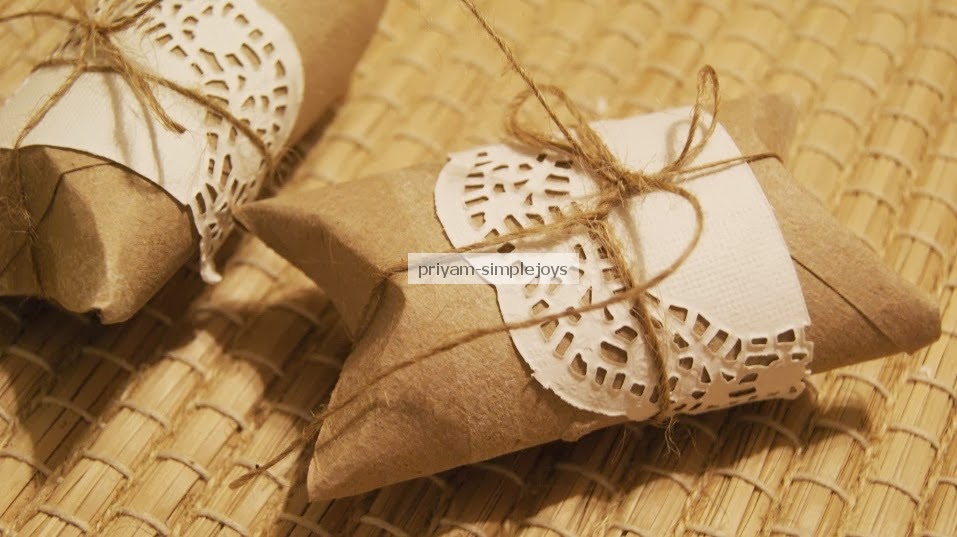 Linking this to these awesome parties here, here and here.