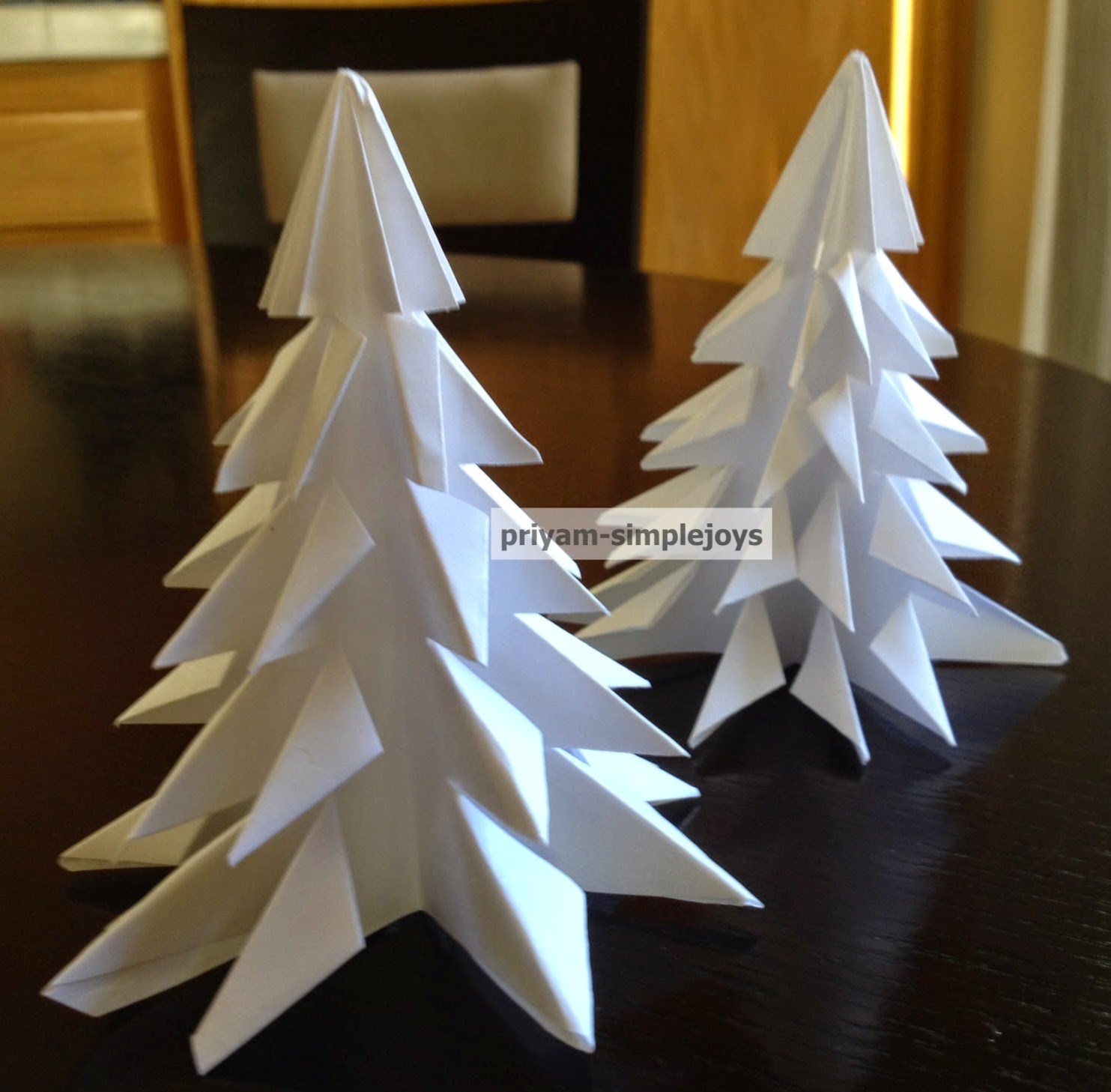 I have been out of blogging for some time. Just got busy with things, but was itching to get back and do something. So started today with a simple paper pine tree.
Its great as kids craft too and you can make these in no time, once you get to know how to fold the paper. 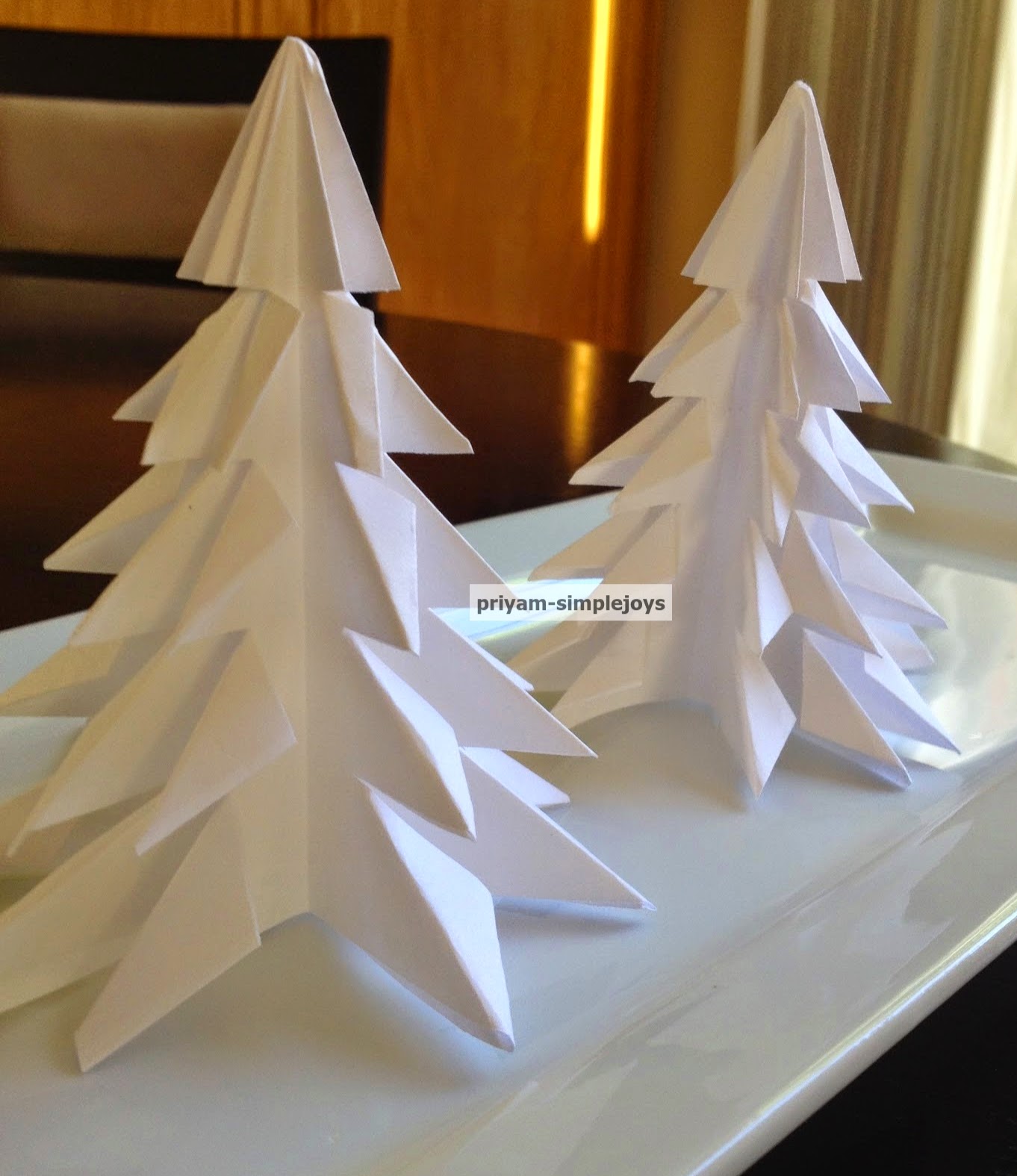 Steps:
------
- Fold the square piece of paper diagonally by bringing the two opposite corners of the paper together and then open it up. 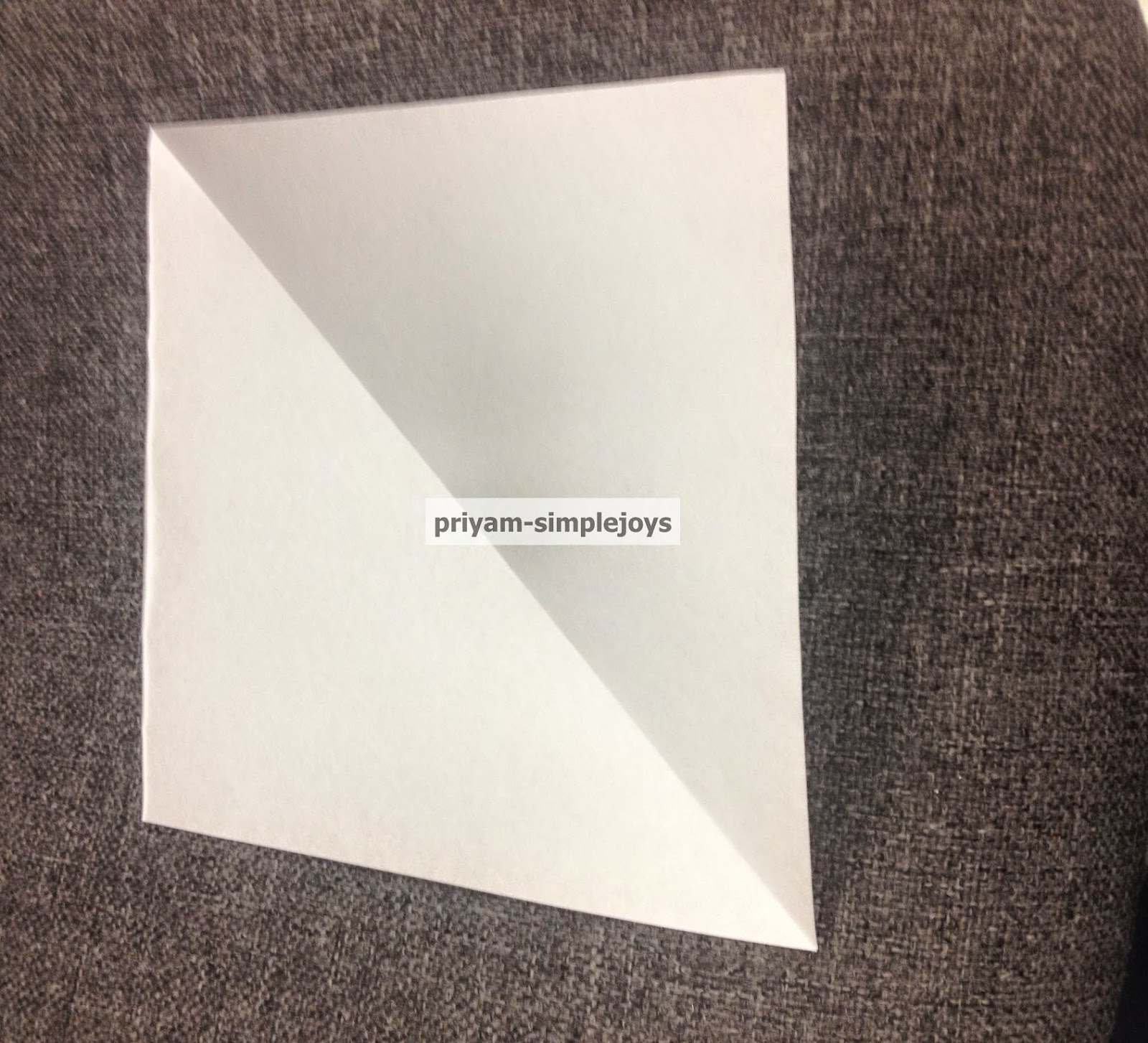 - Now fold the paper diagonally again by bringing the other two corners together and then open it up again. 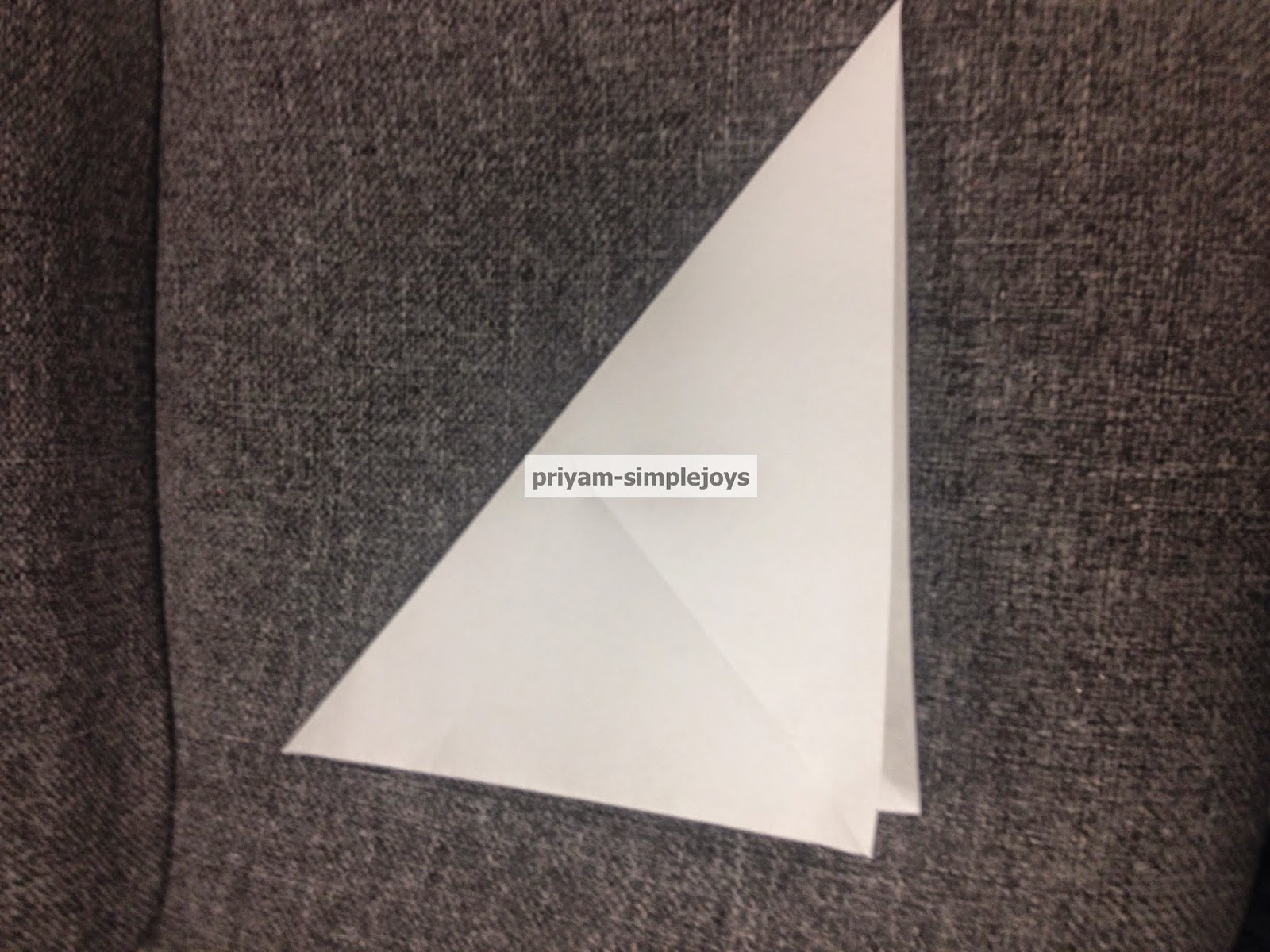 - Fold the paper in half by bringing the two sides together and then open it up. 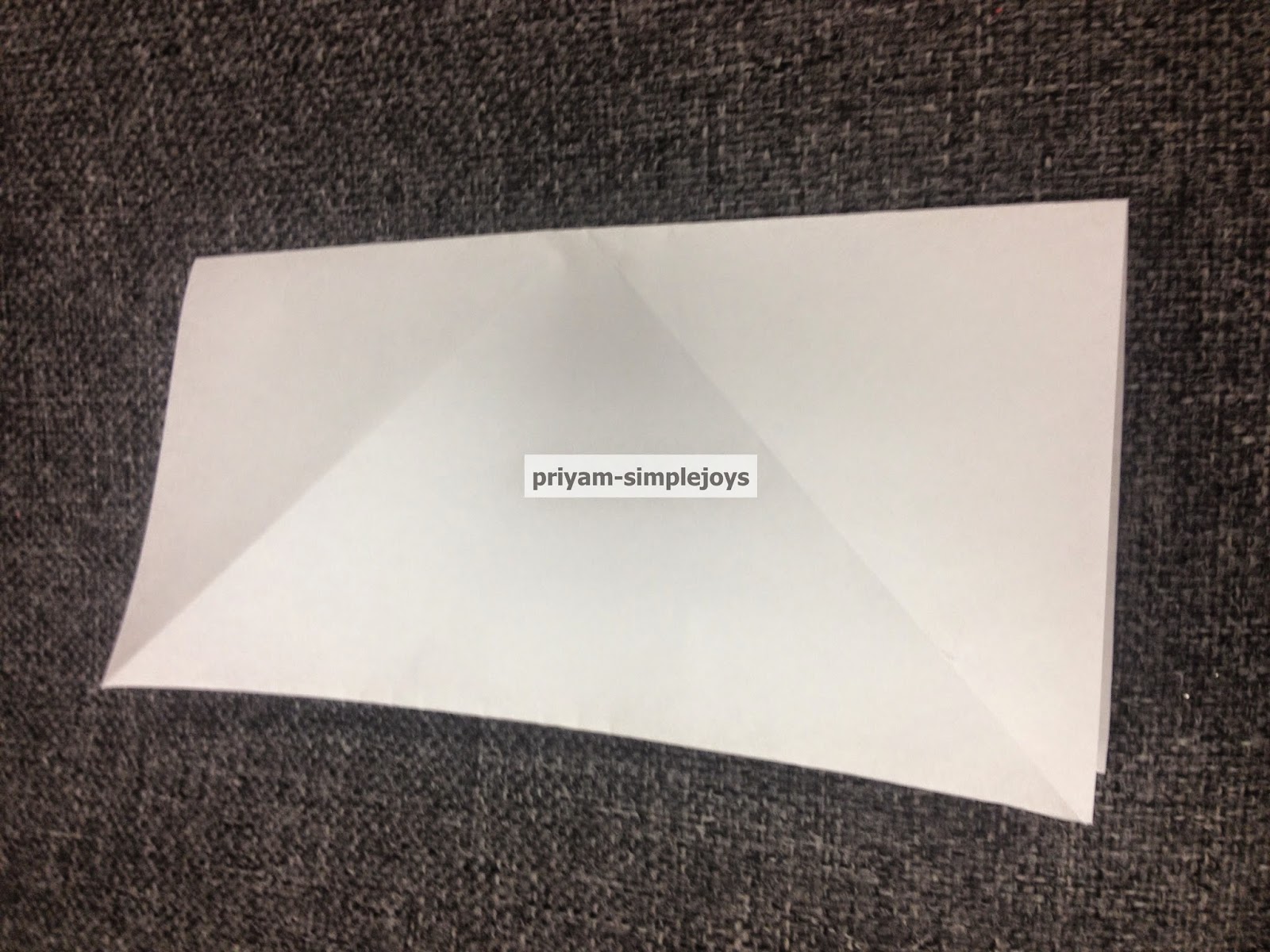 - Fold the paper again in half by bringing the other two sides together and then open it up. 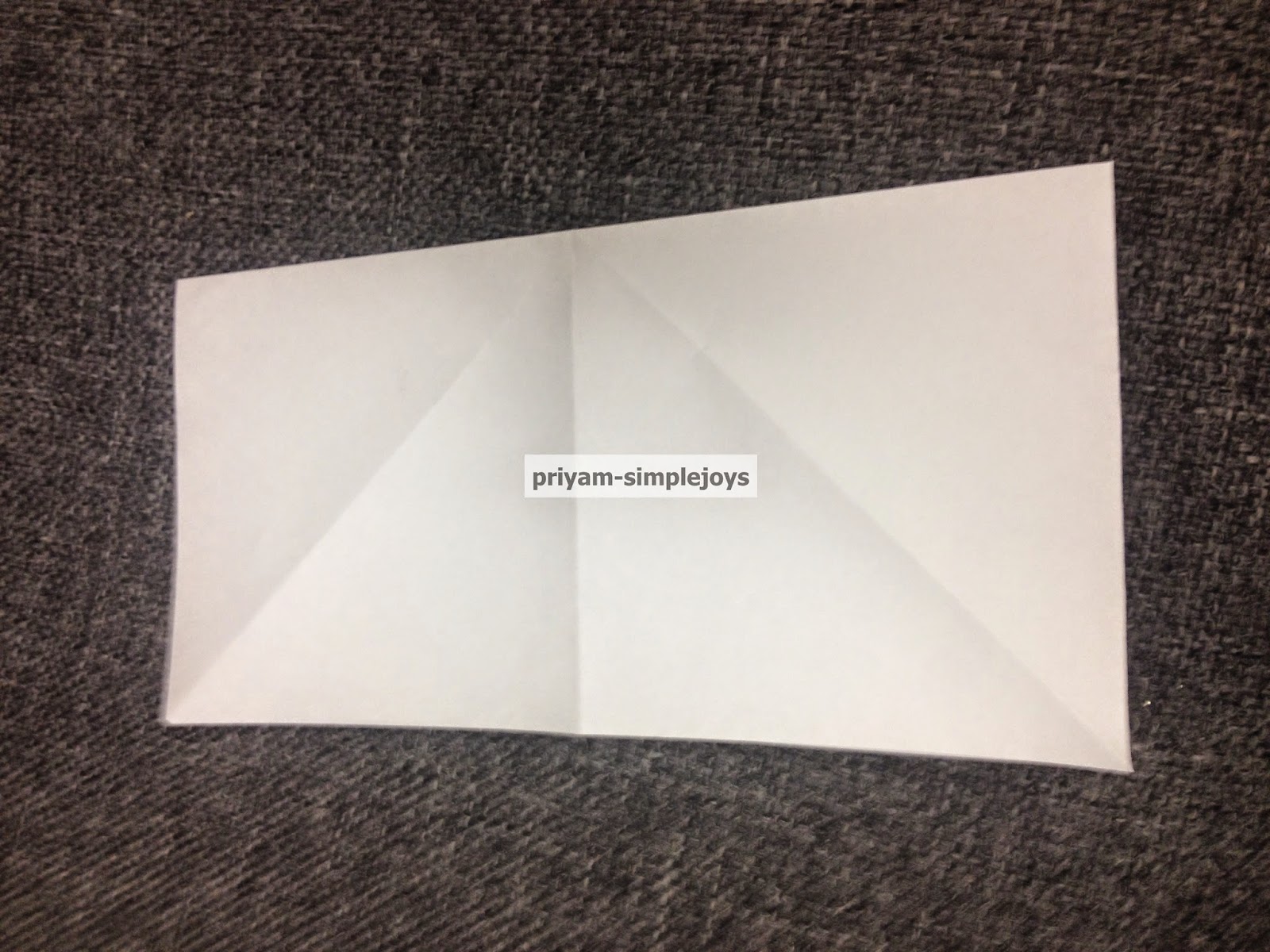 - Now taking all the creases you made as your guideline, fold the paper like the picture below. Basically you bring the two opposite corners of the paper and bring it inward and then press everything down, so you get a square folded piece of paper. 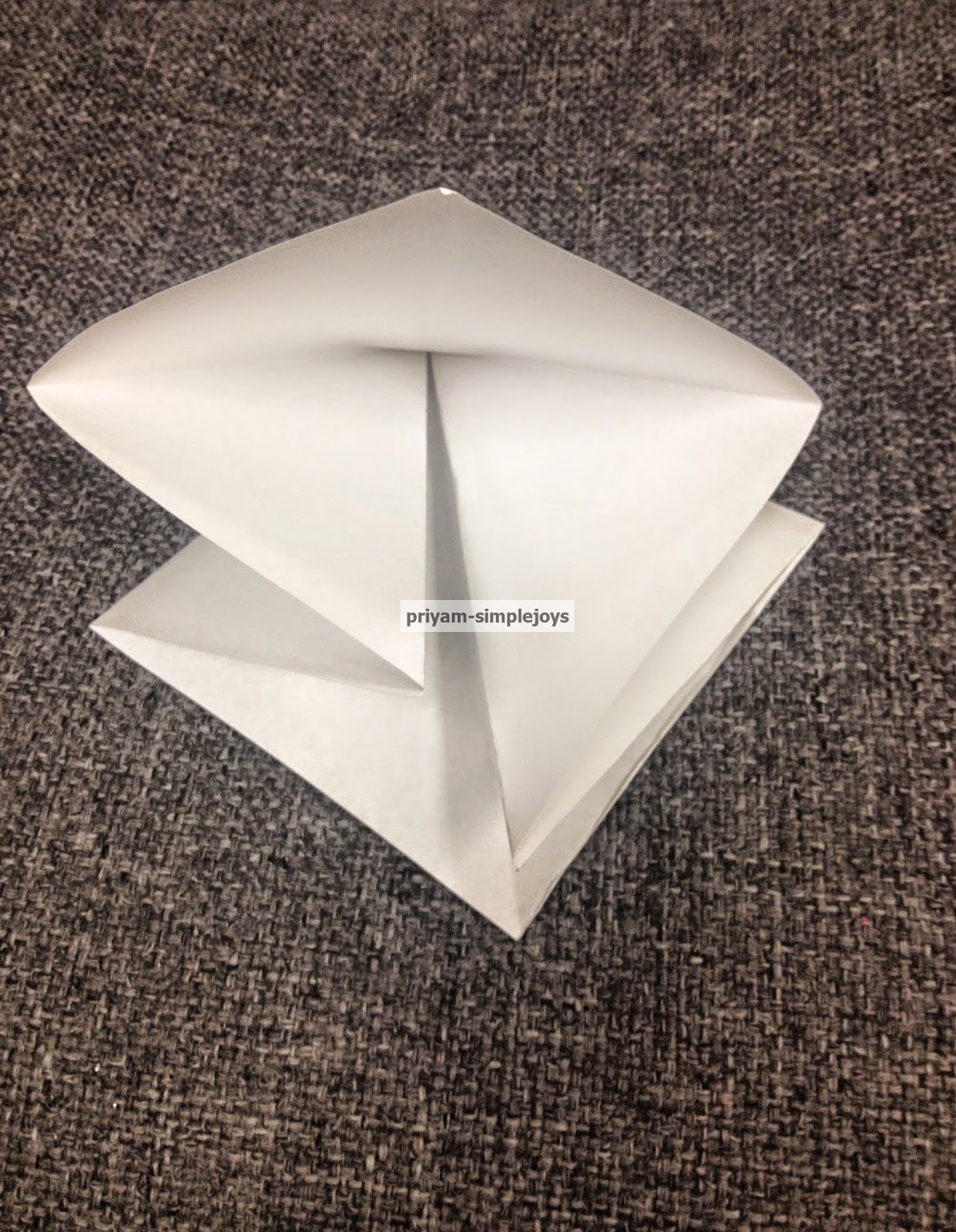 - Take right flap of the paper and bring to the center line and press it down to make the crease and then open it up again. 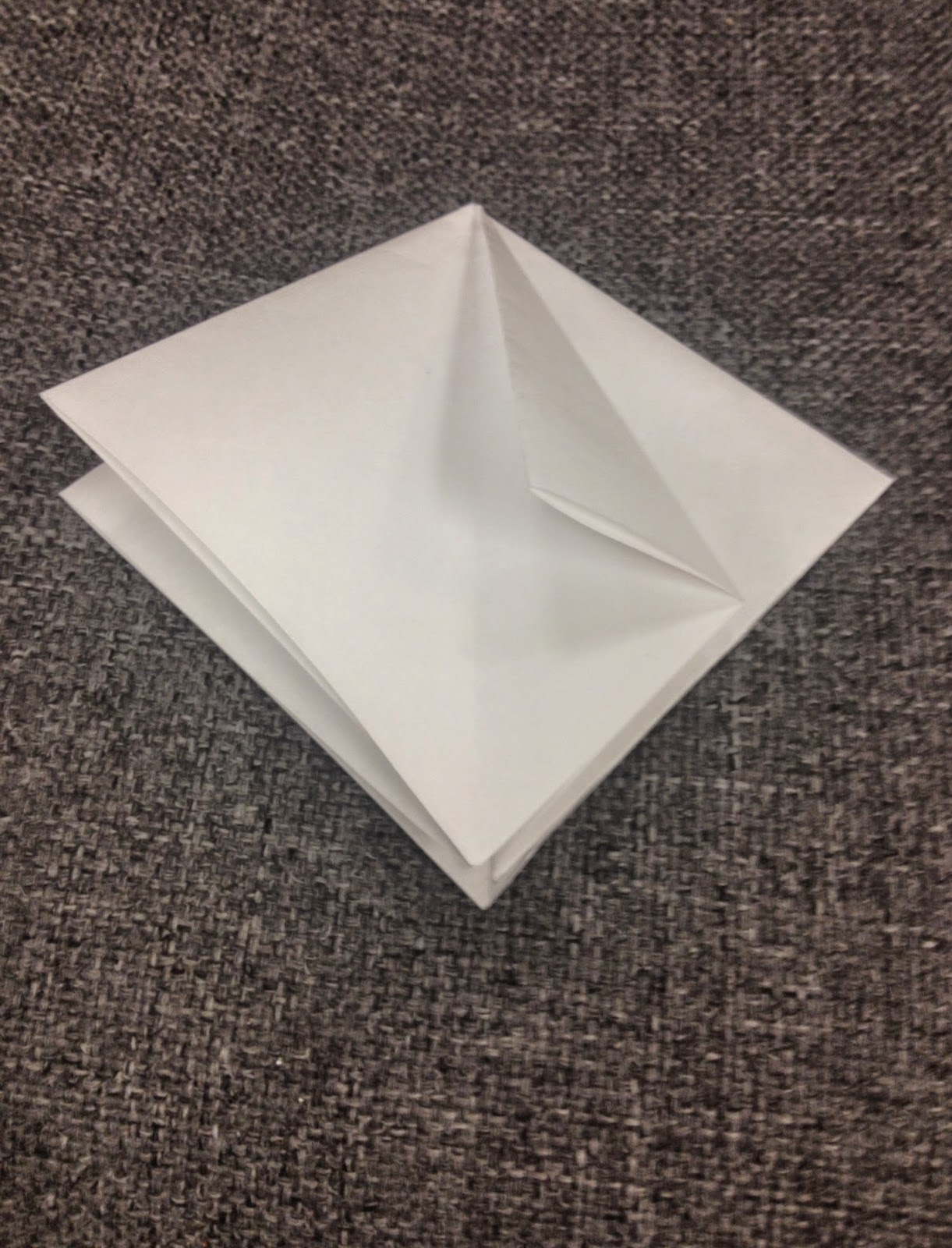 - Put your thumb in the flap you had just folded and taking the crease you just made, press the paper like the picture below. 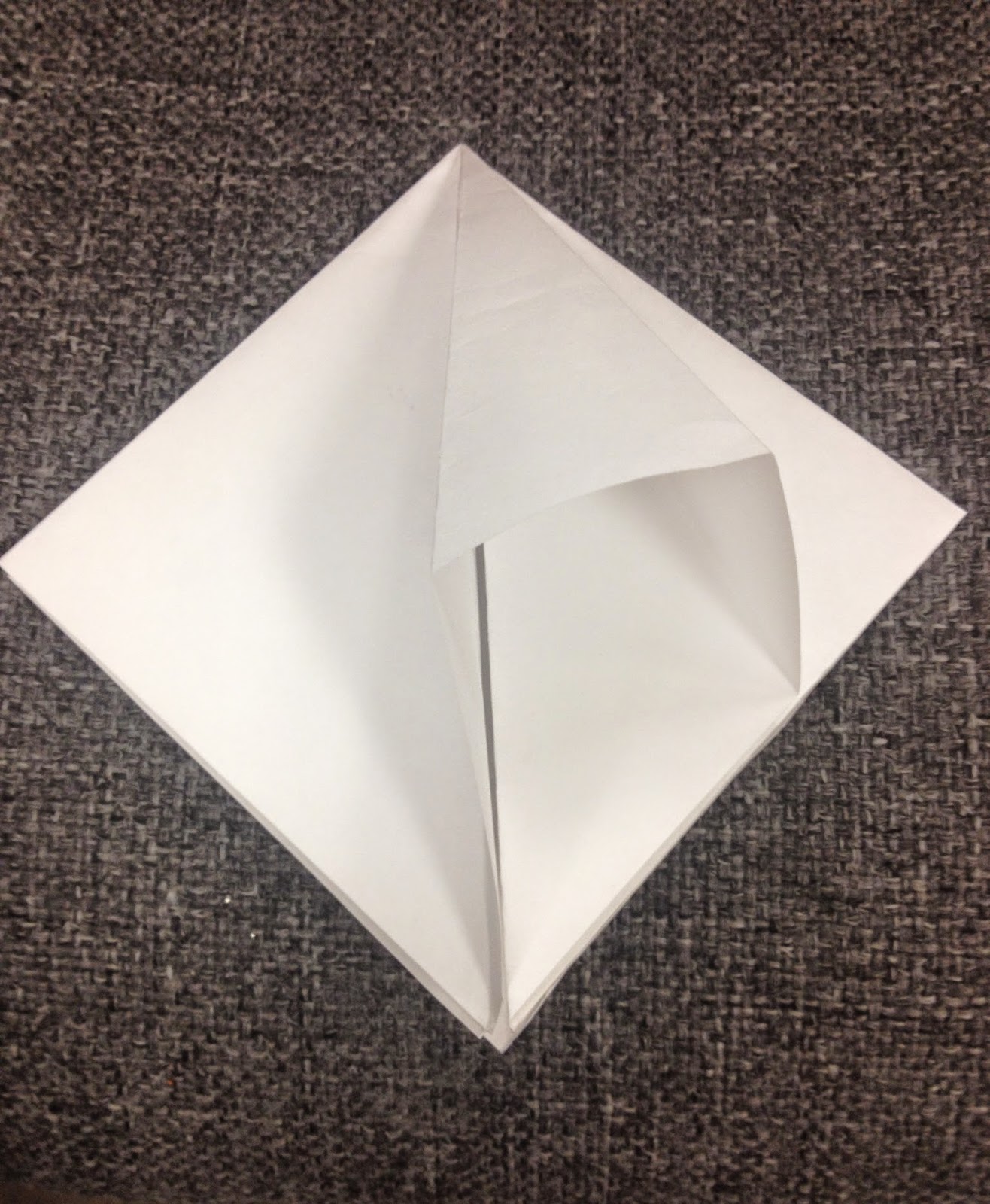 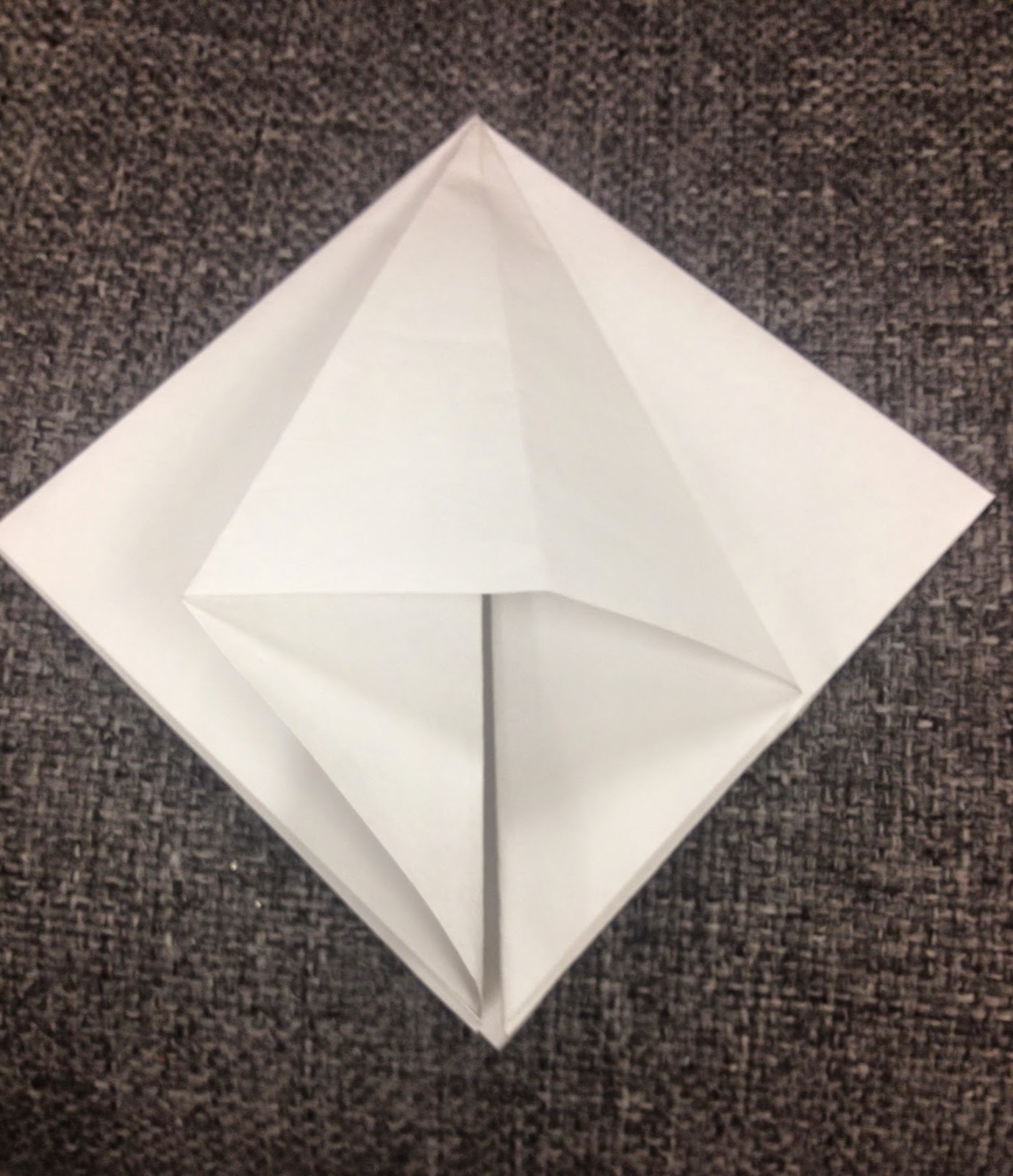 - Fold back the paper in the middle and then repeat for the left flap. 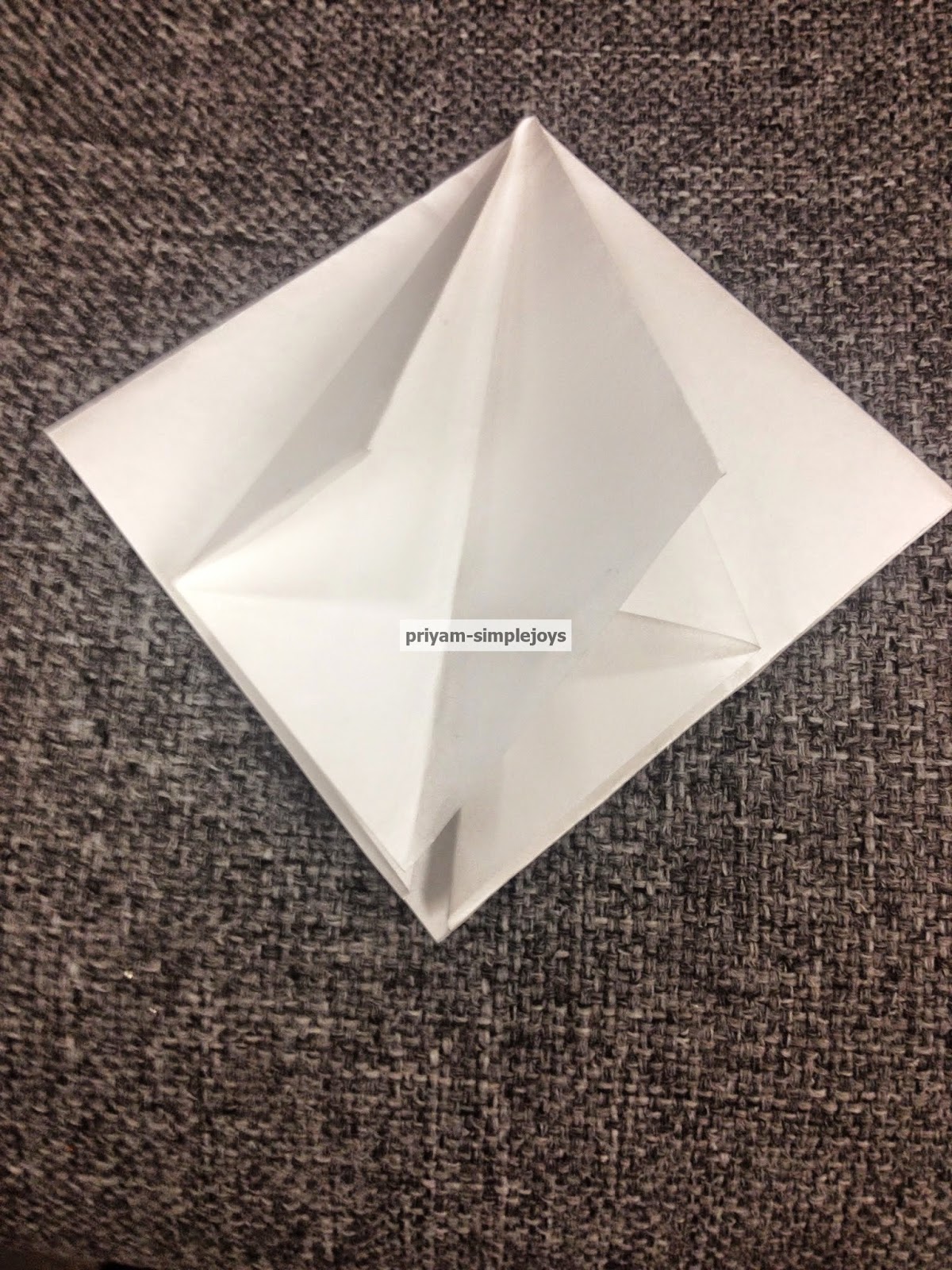 - Then flip it over and repeat for the other two flaps. After you are done folding all the four flaps, you will get  a folded paper like this. 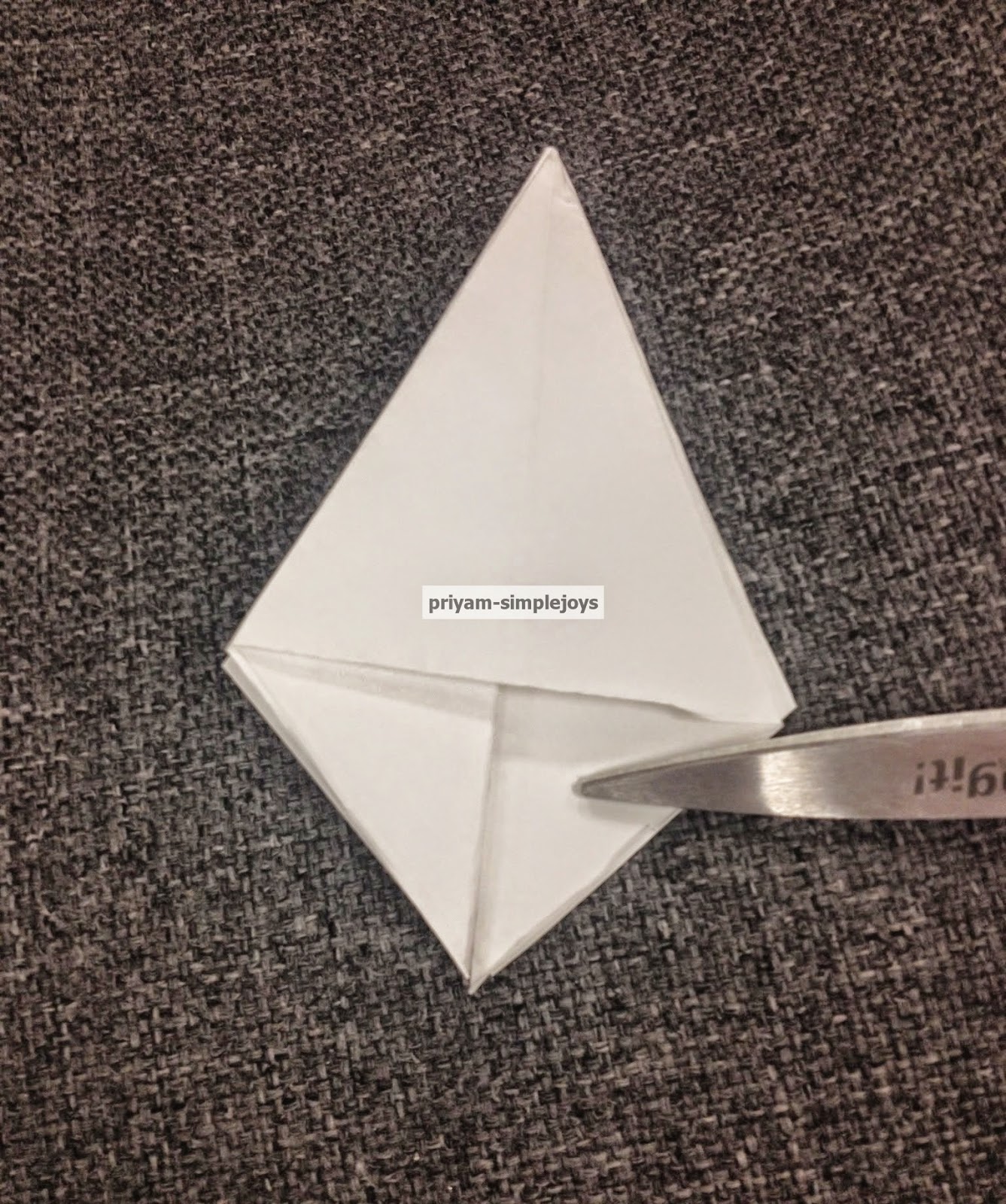 - In the picture above, you see the smaller triangle shaped folded paper at the bottom, cut that off. 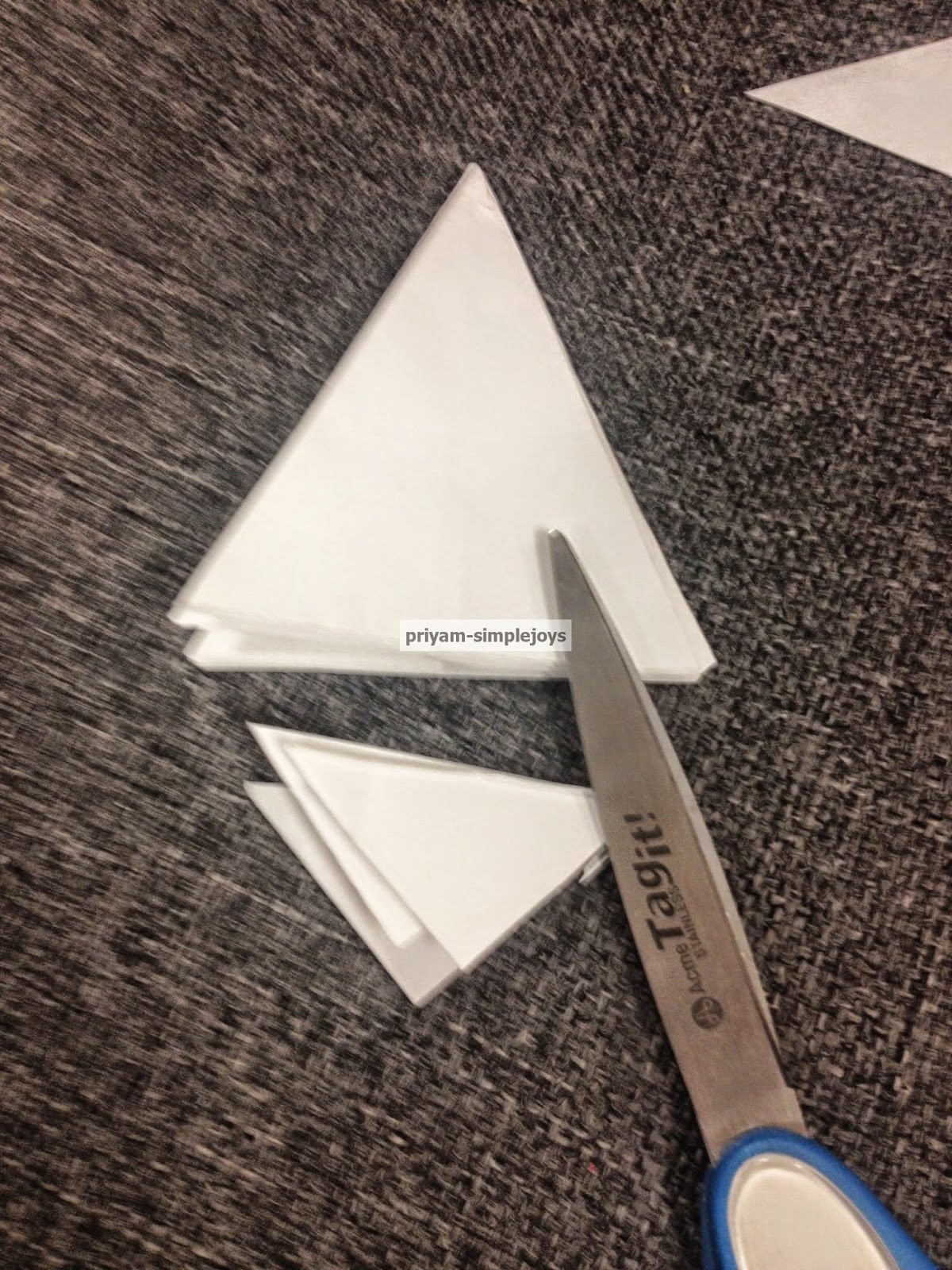 - Now you have the bigger triangle shaped folded paper to work with. Cut slits on two sides of the folded triangle paper. 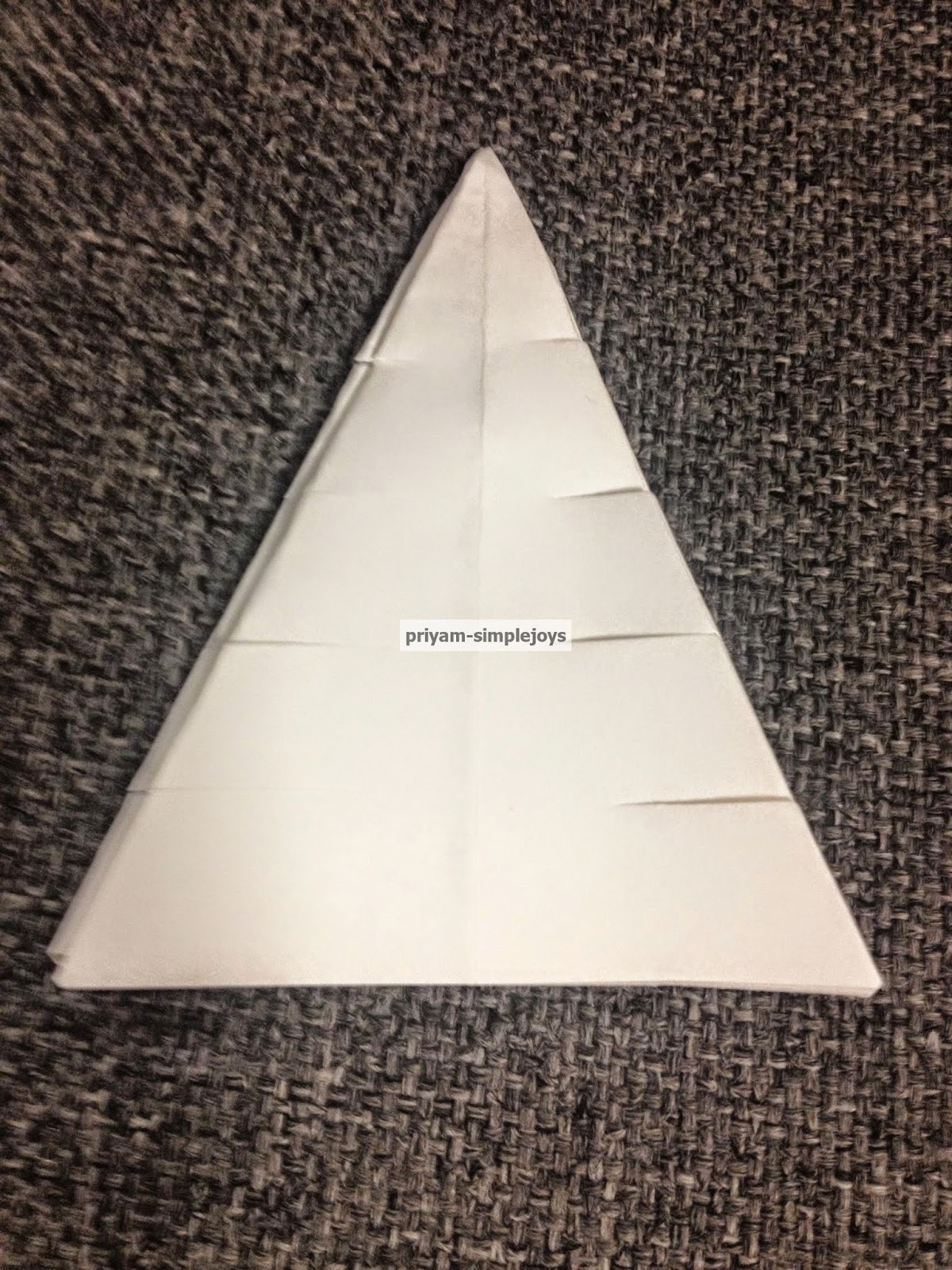 - Fold each flap of paper individually like the picture below. 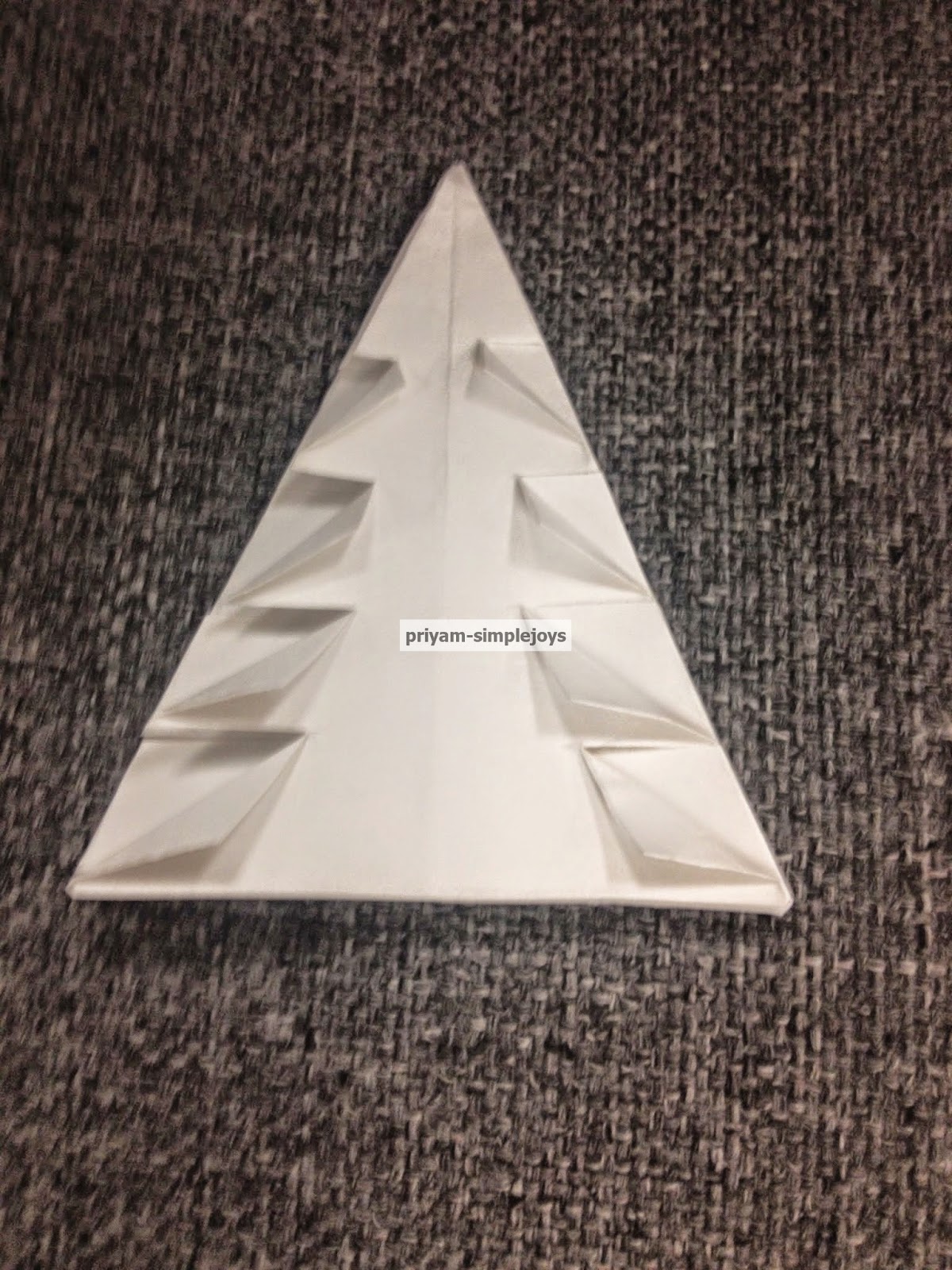 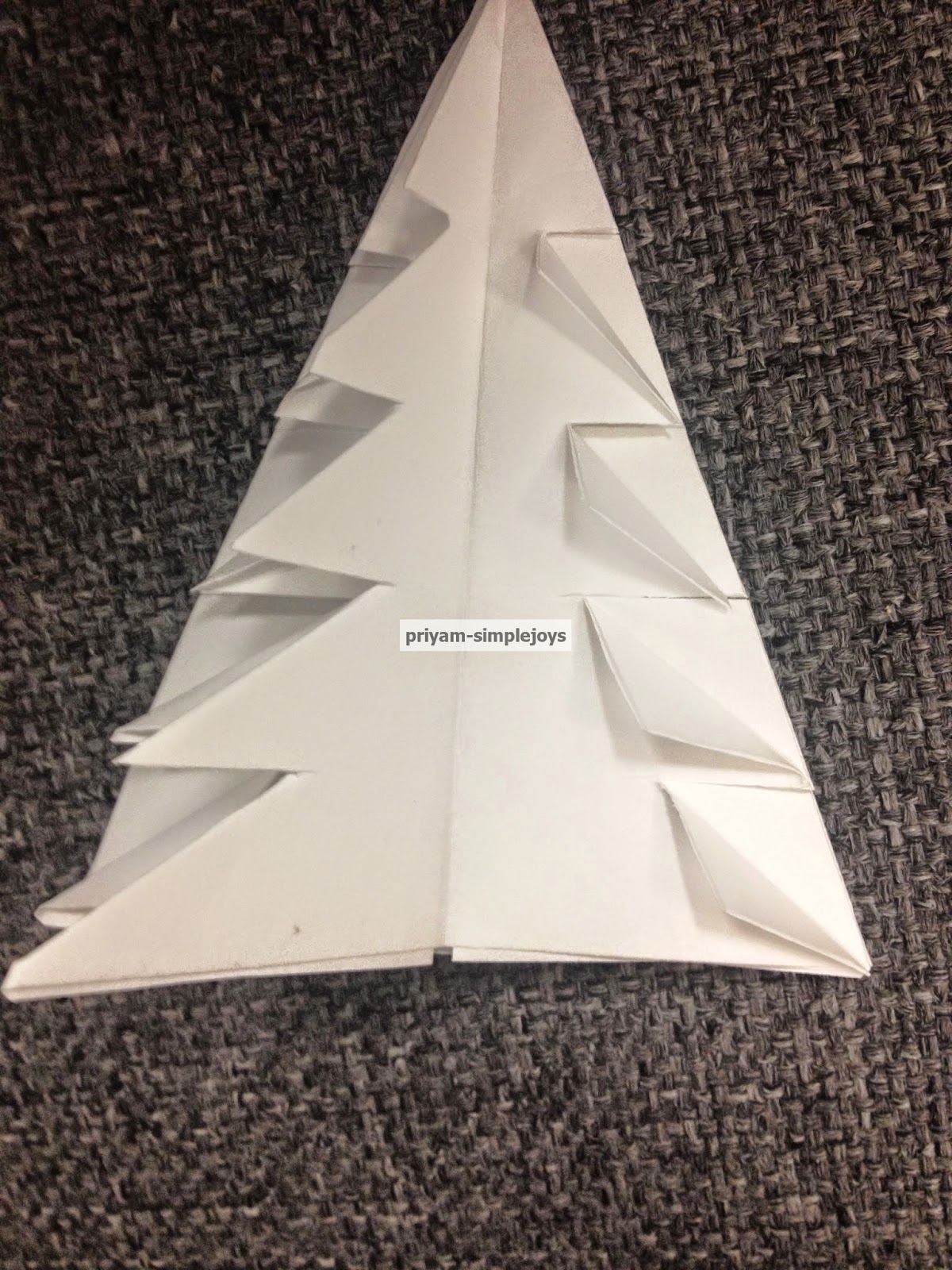 - After you have folded each flap, spread out the flaps a little and you have a pine tree..:) 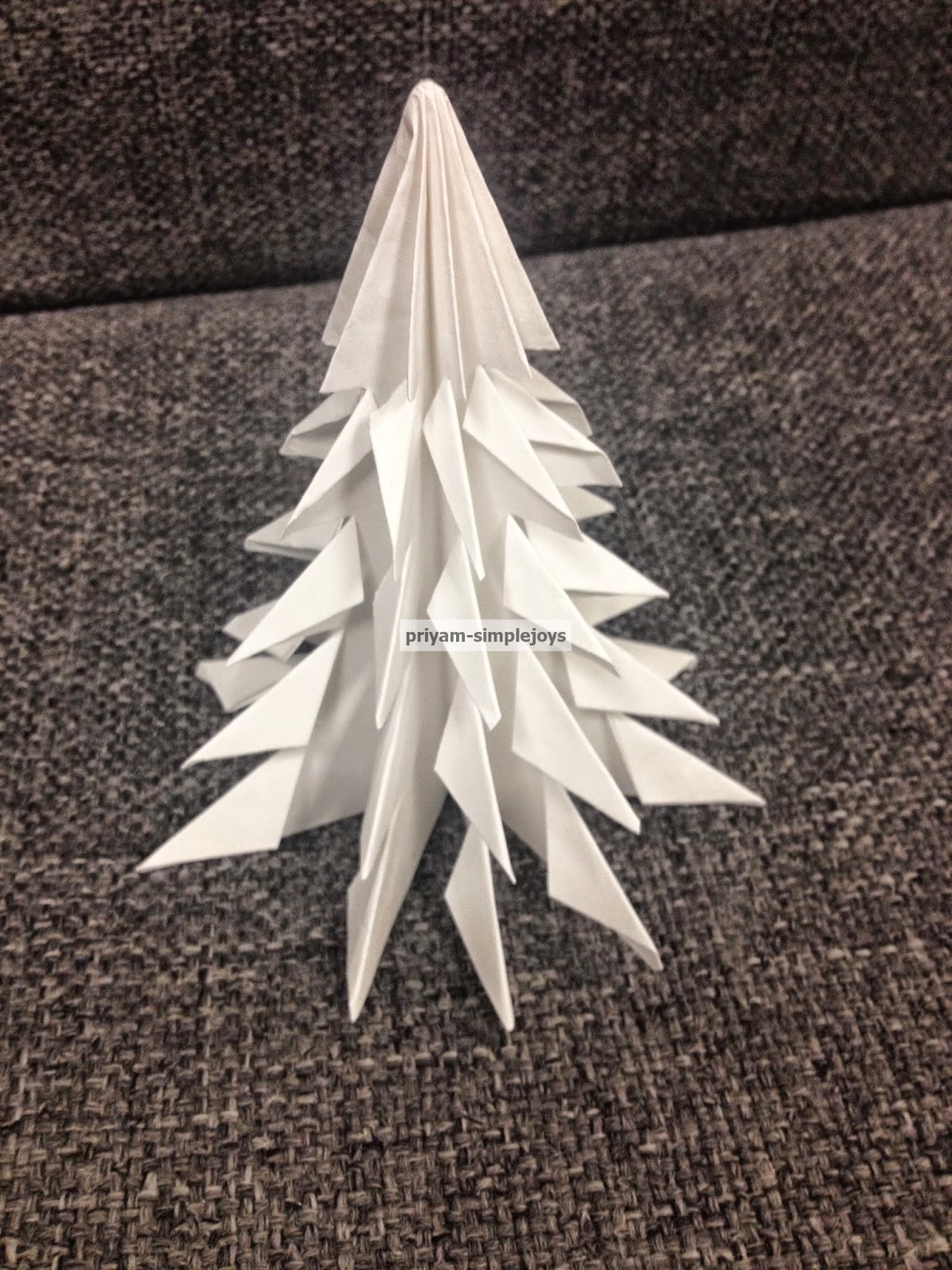 Linking this to these awesome parties here, here, here and here.
Posted by Priyam at 9:40 PM