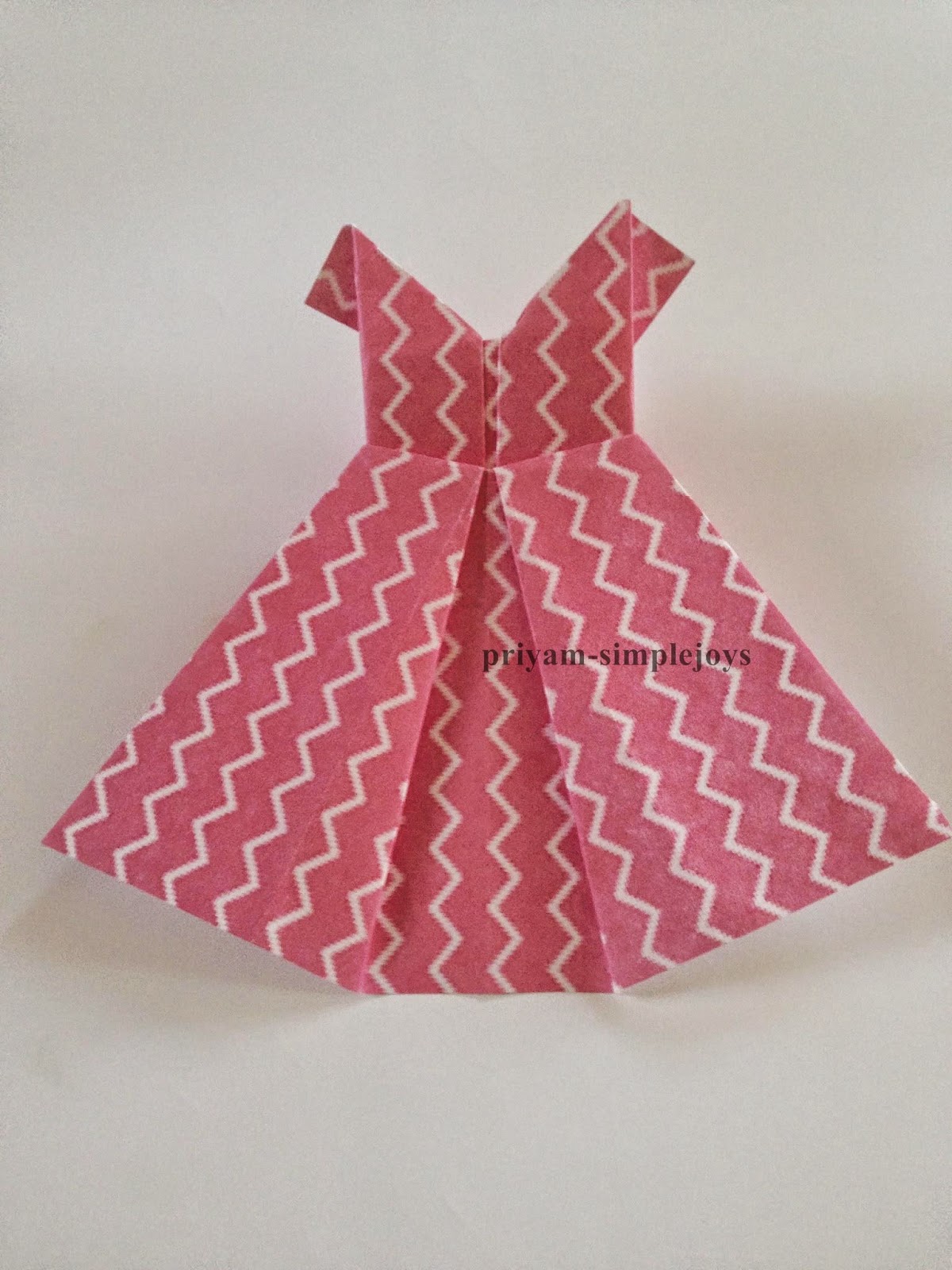 I am loving this paper dress. Use it in cards or scrapbook. Or make a few and clip them to a string to make a garland for a shower or any party.


And don't be daunted to try this. Though the procedure looks lengthy, its not at all a long process. I just took lot of pictures to make the steps clear. Trust me, give it a try...:) 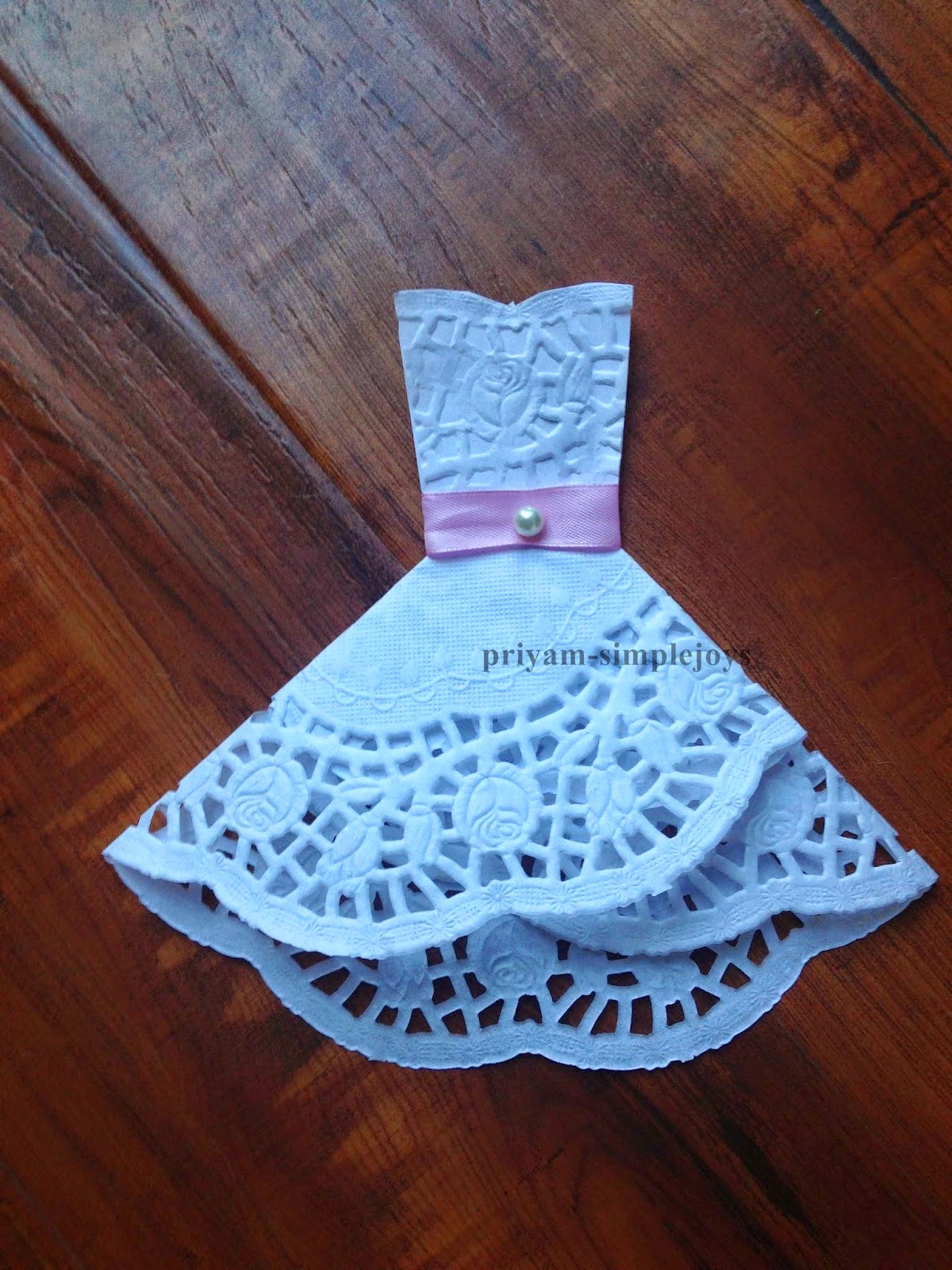 -Take a square piece of paper.

- And fold in half and press it.

-Open it up. You'll have a crease line right in the middle.

- Bring the side edges to meet the center crease line and press it.

- Now open it up and flip it over. You'll have three crease lines, like the picture below. 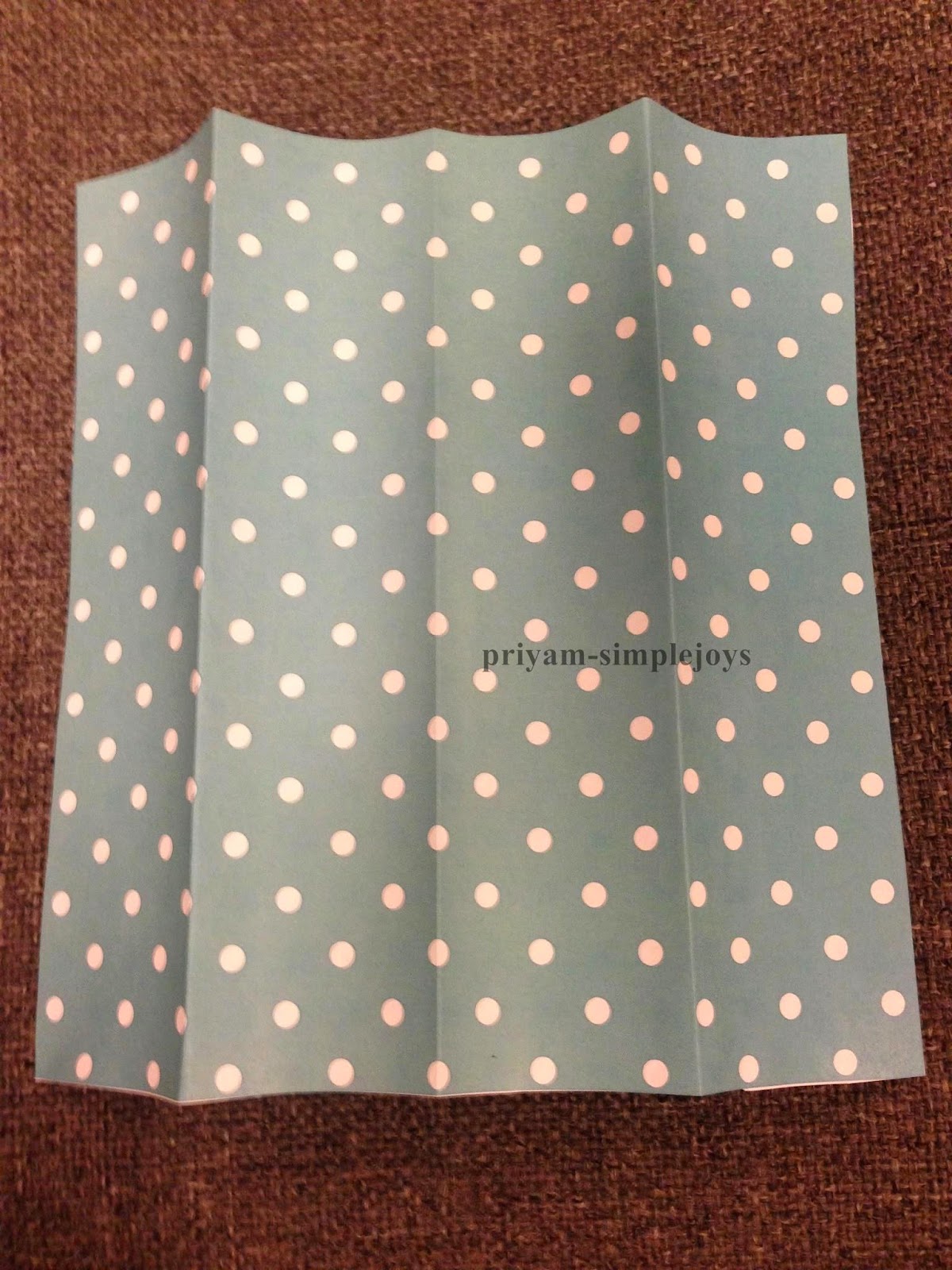 - Bring the two side crease lines to meet the center crease line and press.

- Flip it over and fold almost in half, leaving approximately a centimeter at the top and press, like the picture below.

- Open up the down portion. But while unfolding do it by leaving a centimeter. Maybe the picture below can help understand better.

- So when you look from the side, it should like this. I know there is a name for such kind of fold, but how do I know...;)

- Flip it over and you'll have something like this. 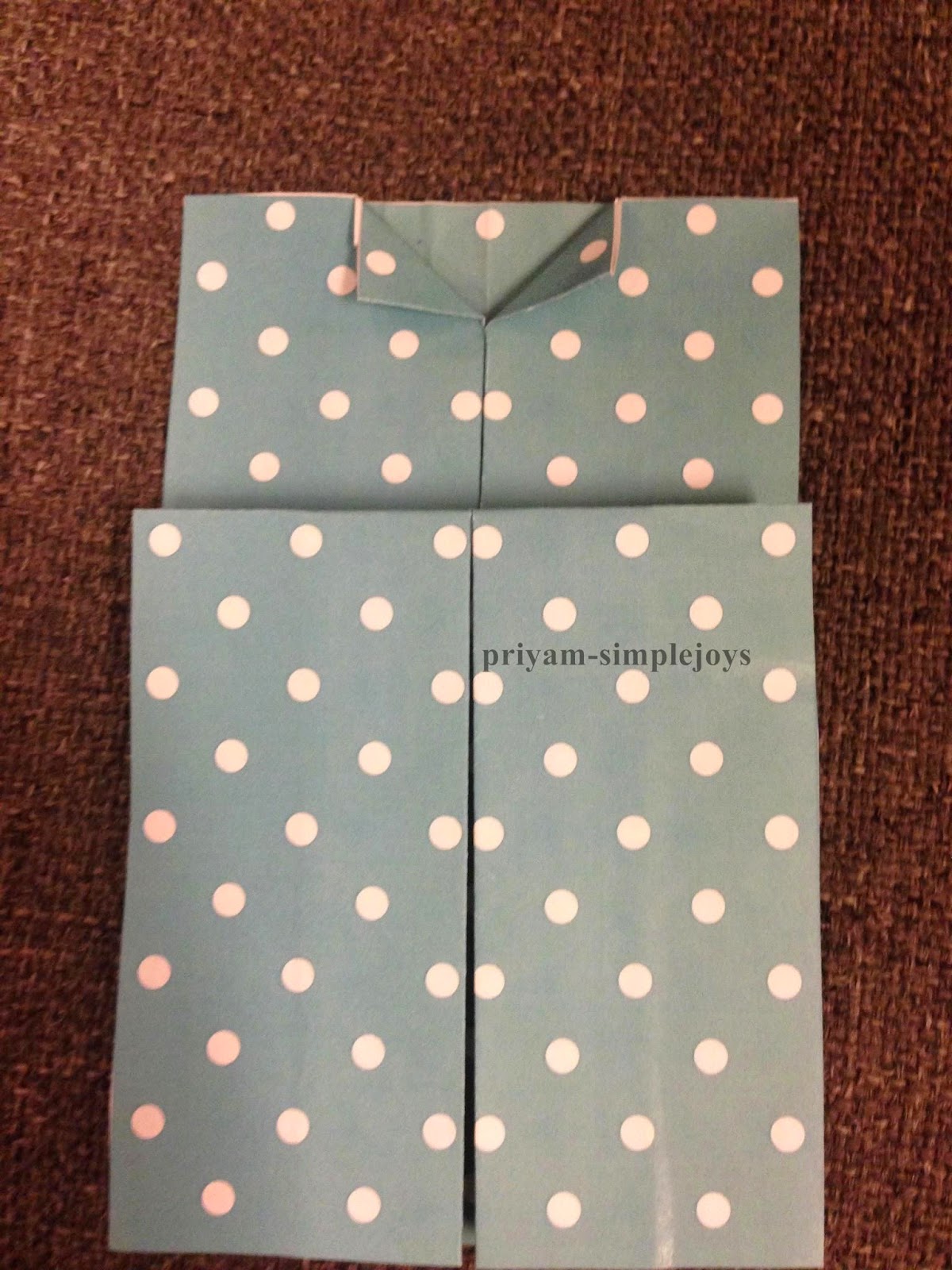 -And then unfold the collar. So that you get the crease line

- To make the skirt of the dress. just pull the down side edges apart. Do it for both left and right sides.

- Now flip it over, you will have something like the picture below.

- Using the guideline for the collar crease line which you made earlier, pull down the top center and make the folds like this. This will make the collar line of the dress.

- Now for the arms of the dress, fold inside the top sides and as you fold, the skirt outline will also be folded.

- Do it for both the sides.

- Flip the dress over. Looking more like a dress now...:)

- You see the back of the paper peeking through near the collar of the dress. Just fold it back to form the sleeves of the dress.

Linking this to these awesome parties here, here, here and here.
Posted by Priyam at 11:30 AM