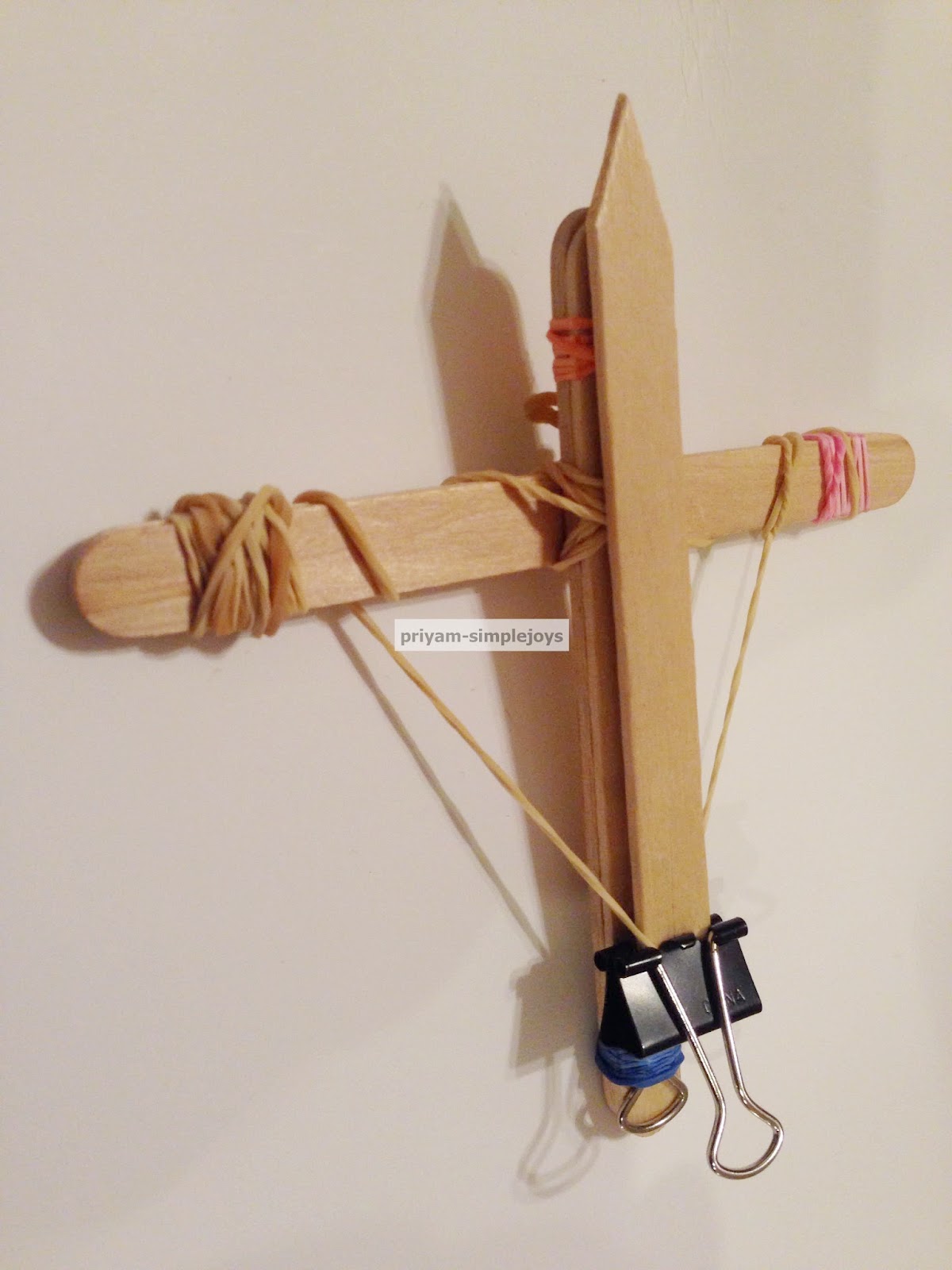 During winter break it was fun doing crafts with kids. One of the things that we made was this crossbow using craft sticks. After we each made our own bow and arrow, it was fun playing with them. This amazingly goes pretty far.

You can make this and play the game of who throws the furthest. Or if you have a number of balloons you can blow them up, stick them on the wall and see who can burst the balloons, just like playing the throwing the darts game..:)


Ok, we have been learning about different kinds of energy these days and this craft has a lesson too. All this energy lesson started when few days back I bought a little science kit from Target. It has some fun and interesting projects teaching about different types of energy.

Well, this craft teaches how the elastic potential energy is transformed to kinetic energy. When  you pull a rubber band, it stores the elastic potential energy, which is the energy it stores because of the change in its shape, until you let it go. And when you let it go, this energy becomes kinetic energy, the energy of movement, allowing the rubber band to resume its normal shape. This theory is used in the working of this crossbow...

Steps:
------
- Take two craft sticks. Place them on top of each other and tie them up together using rubberbands, like the picture below. 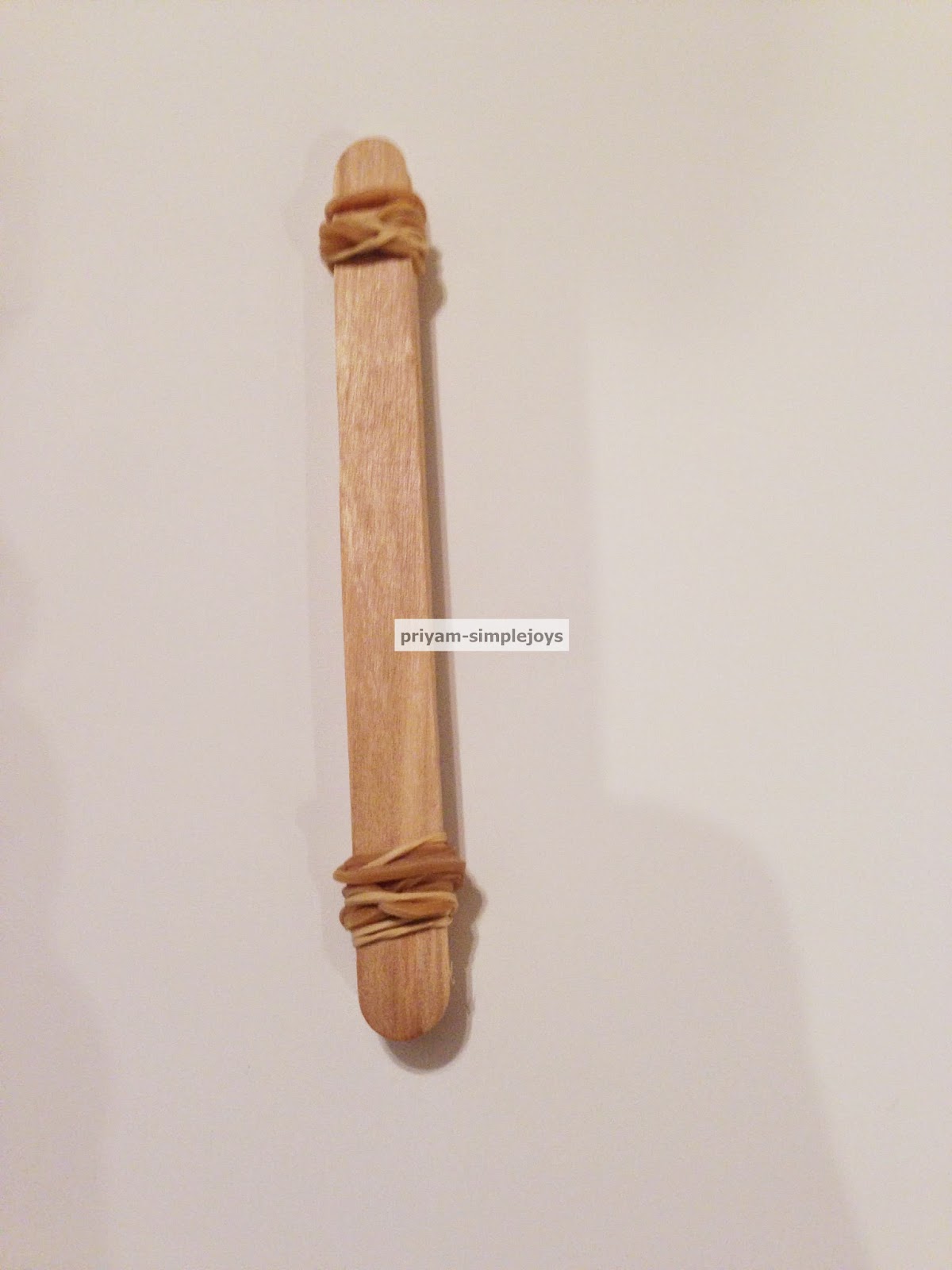 - Now take another two craft sticks and tie them together using rubberbands too. So now you have two sets of tied craft sticks. 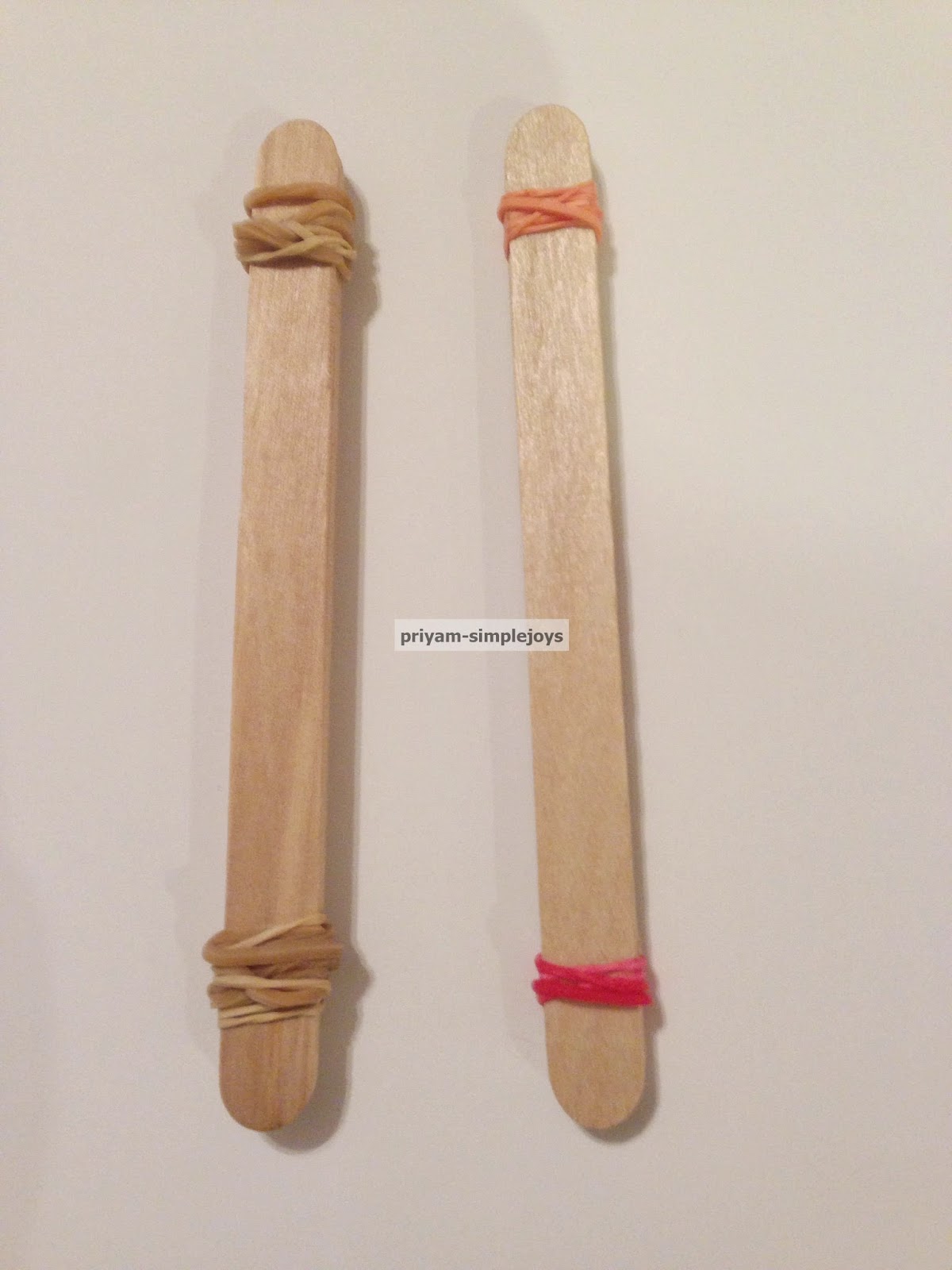 - Tie the two sets of craft sticks together in the form of a cross, like the picture below with another rubber band. - Tie a small binder clip at the bottom end of the cross, just like the picture below. You can even insert the clip in the rubber band which is at the bottom, just like I did. 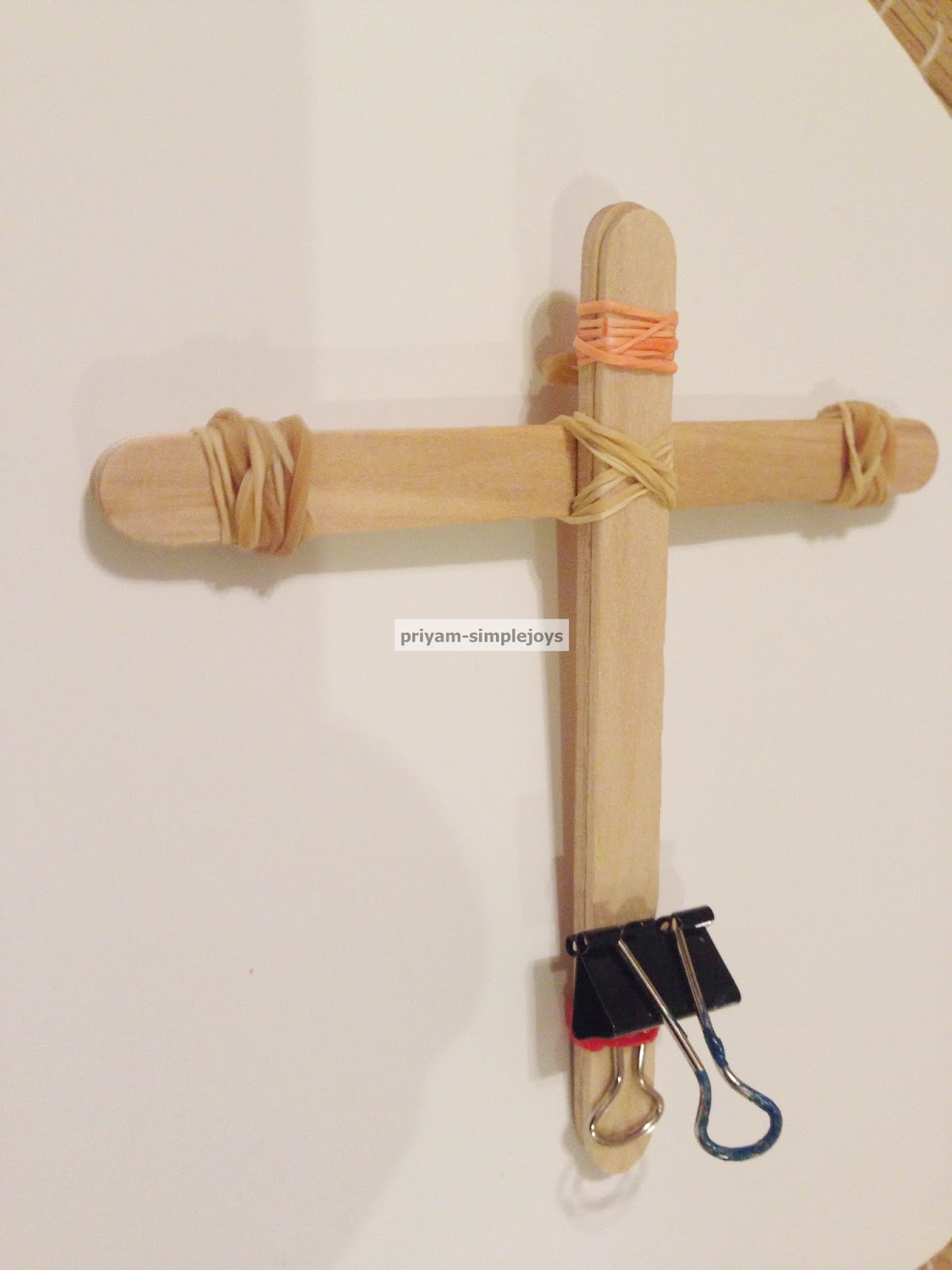 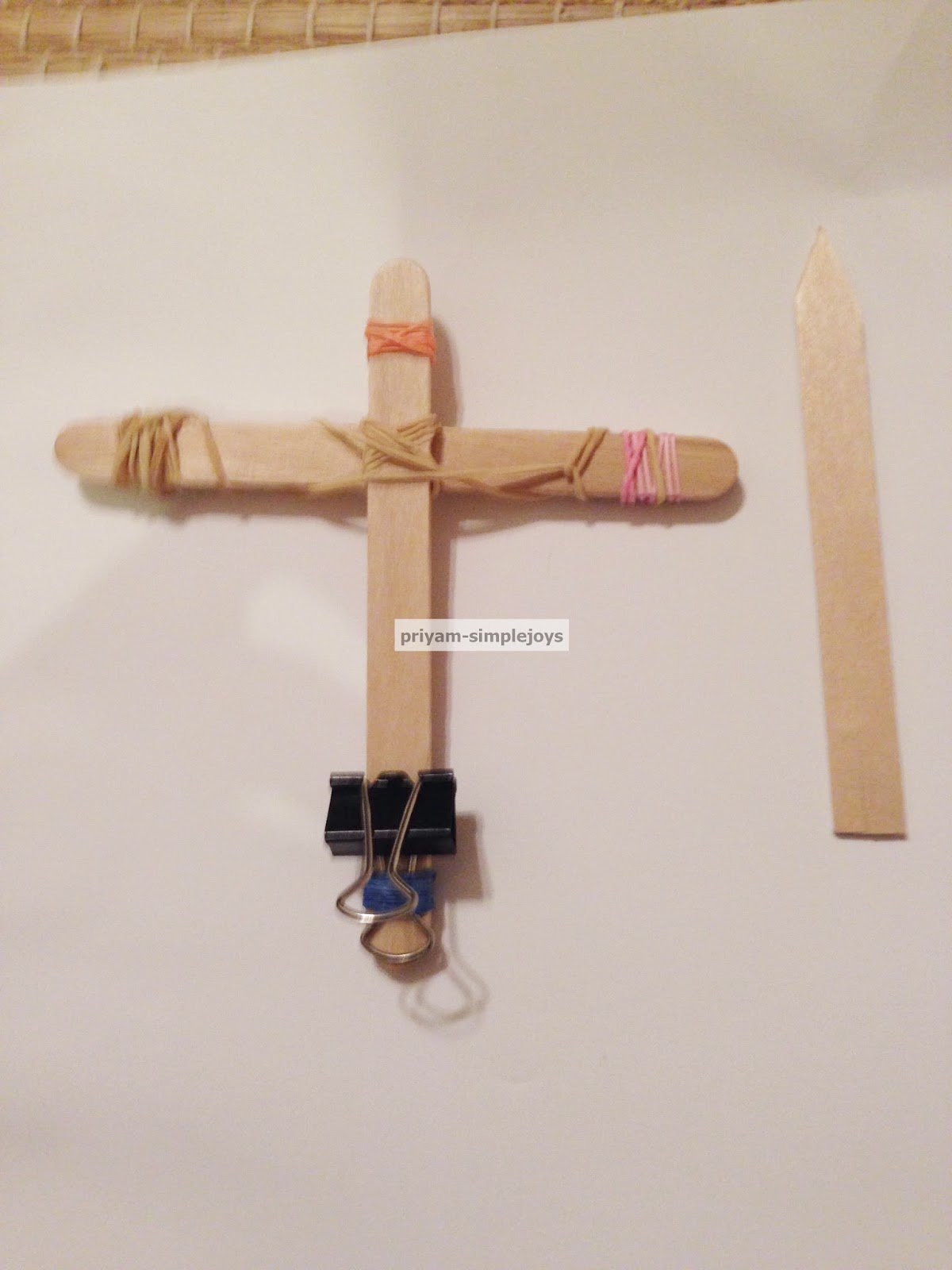 - Your bow is now ready. Take another craft stick, which will be your arrow. 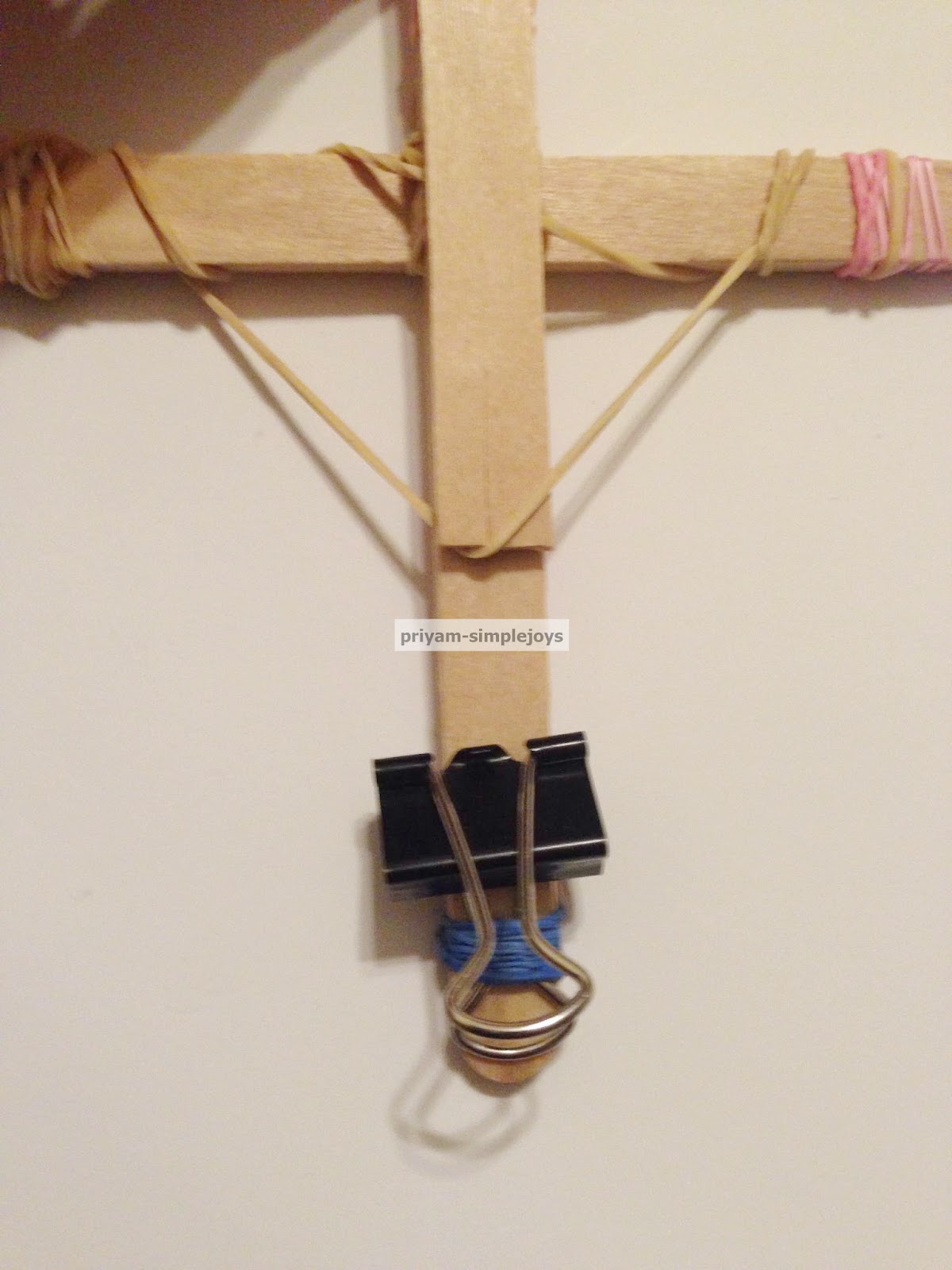 Now when you release the arrow by opening the binder clip, the force of the rubber band coming to its normal shape will push the arrow away.

Linking this to these awesome parties here, here, here and here.
Posted by Priyam at 4:27 PM