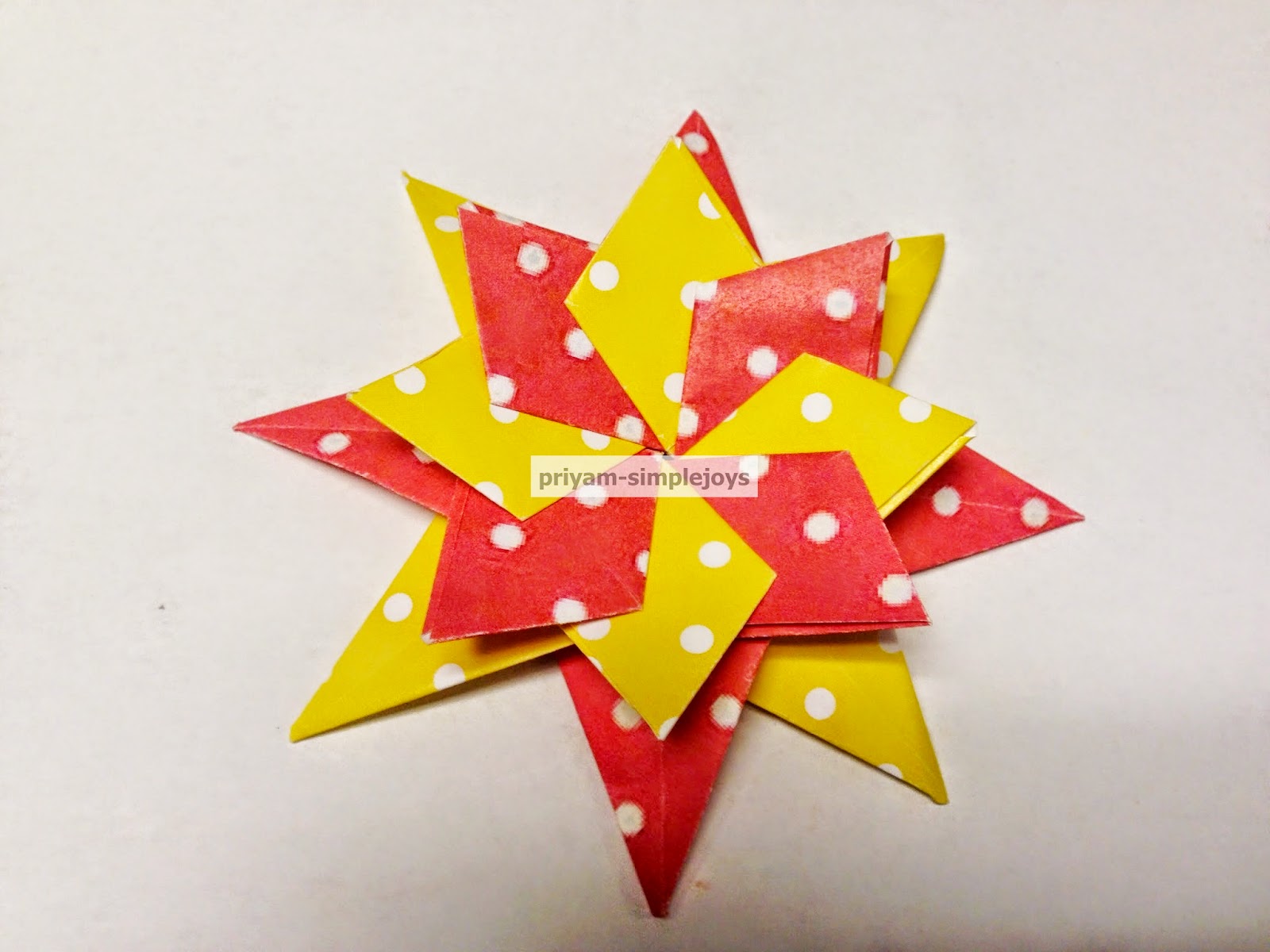 I made an Origami star few days back, the one which is pictured below and I had so much fun making it, that I wanted to try learning making more and different kinds. By the way, you can find the instructions for that star, which started all this here.  Now that I am trying more origami stuff, you'll be seeing more of such posts here in the coming days...:) 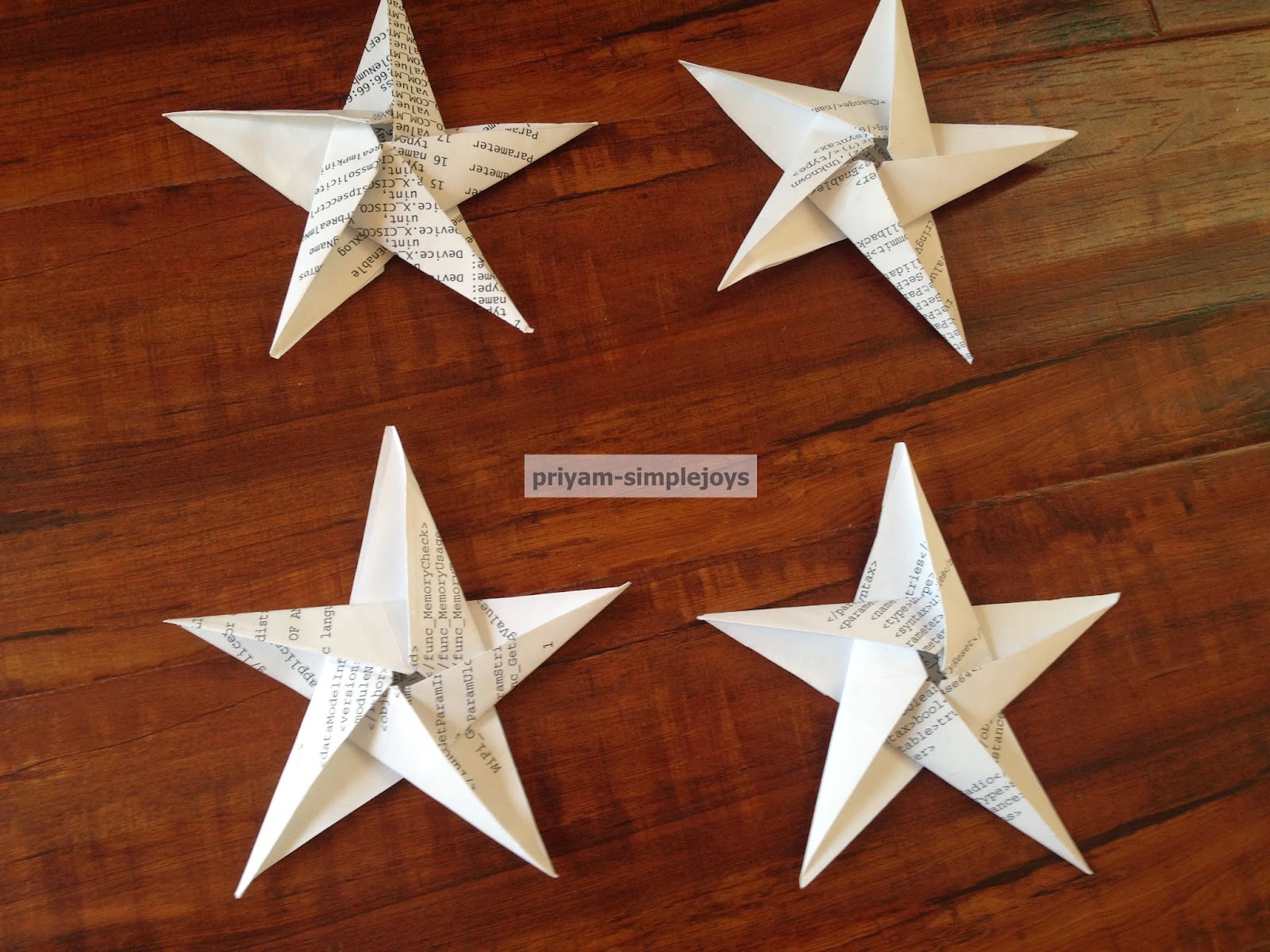 This star is easy to make, though the post might look a bit lengthy. I just wanted to be clear in my steps and took a lot of pictures.

Steps.
-------
1. Take a square piece of paper and fold it diagonally, like the picture below. 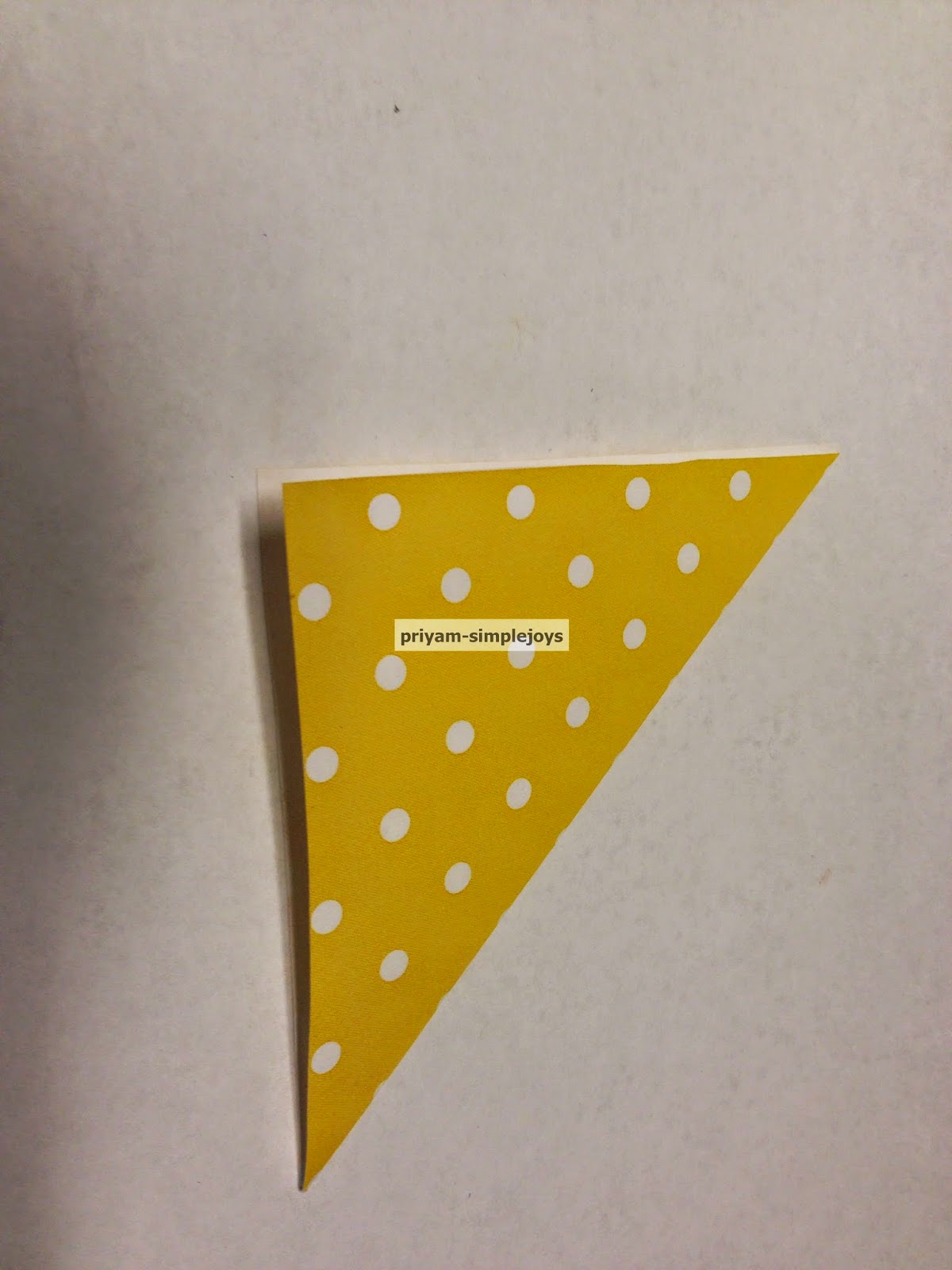 2. Now open it up. So you now have a crease line running across the two opposite corners of the paper.

3. Now bring the two other corners to align with this creased line and press it. So you get something like the picture below.

4. Fold up the triangle at the bottom by bringing the bottom corner up and press it.

5. Now open up the paper and you can see these crease lines, like a triangle.

6. Flip the paper over and bring the bottom corner up to join with the top corner. Now press the paper, but only between the crease lines. So if you see the picture below, just press the paper between where the pencil and the scissors are pointing.

7. Now open up the paper and you should see these crease lines. Maybe its not very clear in the picture below, but there is a triangle shaped crease and another crease line inside the triangle running parallel to the base of the triangle.

8. Fold back the paper along the crease lines that you made in steps 5 - first the base and then the sides.

9. Flip over your paper and fold up the base of the triangle along the crease line.

10. Bring the lower right corner up to the align to the edge and press it to make a crease and then open it up.

11. Now fold up the right corner to the newly formed crease line, just like the picture below.

12. Now you are done with one of the beams of the star. Now make seven more of these.

13. Now to connect all these beams. Start by taking two of the beams.

14. Just for the ease of writing the instructions, lets just say that in the picture above the red beam has the front facing up and the yellow one has the back facing up.
So you take the right flap at the back of one beam and insert in the slit in the front of the other beam

16. If you see the picture below, you can see where the pencil is pointing at, there is a little triangle piece of the yellow beam on top of the red one on the left side of the slit. Insert this triangular part in the front slit too.

17. Now you have connected the first two beams. Keep connecting the beams in this way.

Flip it over and the star looks like this.

I cannot decide which side looks better. Both are equally good. You can use these for variety of ways -- as an ornament, make a few and attach them together to make a garland or anyway you like it..

Linking this to these awesome parties here, here, here and here.